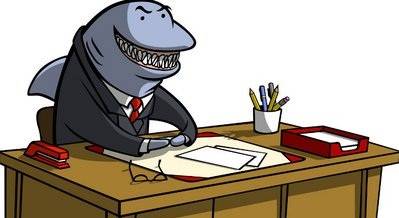 The feds have arrested 10 “wise guys” for loan sharking in New York City’s Howard Beach, a neighborhood made notorious by the racist mob killing of African-American Michael Griffith in 1986. The gangsters allegedly hauled in $26 million over 17 years. (New York Daily News, March 29)

This loot is stolen from all over the planet: Africa, Asia and Latin America are forced to provide a reverse blood transfusion for U.S. and European banks.

South Africa had to pay over $8 billion a year on loans that had propped up the former apartheid regime. (Green Left Weekly, Dec. 10, 1997) President Nelson Mandela wanted to use that money for jobs, schools and housing, but the banksters took it instead.

Banks put Zimbabwe under a credit blockade because land stolen by white settlers has been turned over to African farmers.

Almost a tenth of Puerto Ricans have recently fled their beautiful island because of the U.S. colony’s debt crisis. (Financial Times, Aug. 25, 2016) U.S. banks are imposing cutbacks and wholesale firings of government workers as part of a debt payment scheme.

The real Dr. Evil — David Rockefeller — conspired with other banksters to fire 10,000 teachers and 40,000 other public workers during New York City’s financial crisis in the mid-1970s. Greek workers are today being crucified by German and U.S. banks demanding austerity.

In the eight years from 2007 to 2014, 5.4 million houses in the United States were repossessed by financial institutions. (bobsullivan.net) Kicking children out of their homes is a crime — yet it happens every day in this country.

One of the first acts of the Cuban Revolution was to limit a family’s rent and utility payments to no more than 10 percent of their income. No child is homeless in socialist Cuba.

Dimon got as much money as 1,856 workers earning the federal minimum wage of $7.25 per hour — if they are lucky enough to work full time the entire year.

Detroit suffered a dry “Hurricane Katrina” because of foreclosures. Since 1980, Motown’s population has dropped by over 500,000 people. Deliberate deindustrialization, aimed at driving Black workers out of basic industry, was responsible for much of the earlier population loss. But the wave of foreclosures in the last decade pushed more people out.

Driving Black homeowners out of Michigan may have accounted for Donald Trump winning the state, although by less than 11,000 votes.

The whole world knows how children in Flint, Mich., were poisoned by lead pipes and dirty water from the Flint River. Flint used to get clean water from Detroit. Acting for the banks, Michigan Gov. Snyder imposed a financial manager upon Flint who cut off the water supply from Motown.

The Detroit Water and Sewage Commission was pushed into crisis by banker skulduggery. According to Jerry Goldberg of the Moratorium NOW! Coalition, “Termination fees on interest rate swaps represent $537 million of the $1.1 billion borrowed for infrastructure repair and maintenance.” (WW, July 8, 2015)

Banks even contrive to make money off EBT (Electronic Benefit Transfer) cards that people have to use to access their ­benefits.

Many states allow lenders to make “payday loans” with annual interest rates of over 100 percent. Those Howard Beach wise guys should be jealous.

ATM fees are robbery. Why should you have to pay $3 to access your own money? Reducing or eliminating ATM fees would be widely popular. Don’t count on Democrats in Congress to do anything about it.

In New York state, outfits cash­ing paychecks can charge $2.07 out of every $100. In other states, they can gouge even more money from the poorest workers.