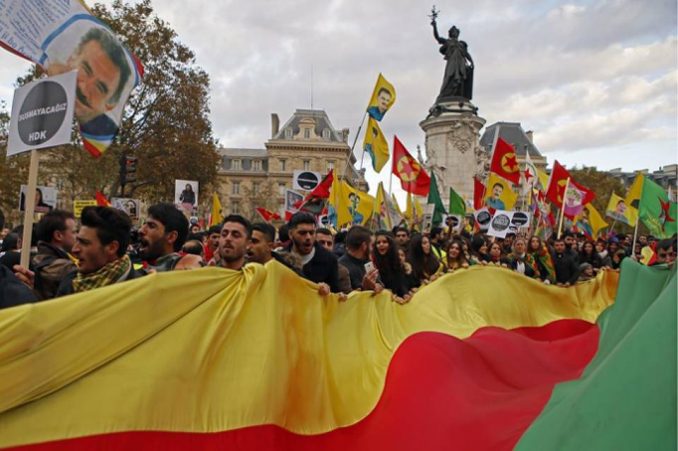 With just 51.4 percent of the vote, Turkey’s President Recep Erdoğan won a national referendum on April 16 that vastly increases his executive power. While Erdogan announced, “My nation stood upright and undivided” (economist.com, April 22), large demonstrations against the government broke out in several cities across the country. Voters in three of the largest cities in Turkey — Izmir, Istanbul and Ankara — all voted against the measure.

Opposition parties in Turkey condemned the vote as rigged, particularly due to unstamped and unsigned ballots. They called for election results to be set aside. The Organization for Security and Co-operation in Europe, which represents the view of many European governments, stated: “We observed the misuse of state resources, as well as the obstruction of ‘No’ campaign events.” (bbc.com, April 17)

The election results permit Erdoğan to directly appoint top officials, increase his time in office to two five-year terms, exert more control over the judiciary and decide when to impose a state of emergency. After the referendum, Erdoğan announced plans for a vote to reinstate the death penalty in the country.

Even before this referendum, the Erdoğan regime has engaged in widespread and brutal repression against its political opponents, workers and the Kurdish national minority. After a coup attempt by sections of the military failed last July, the Erdoğan regime arrested more than 70,000 soldiers, jurists, academics, journalists, among many others.

Erdoğan charged that a U.S.-based Turkish cleric was the mastermind of the coup and that the Obama administration supported the coup attempt. The Turkish president knows that most of Turkey’s people hate and mistrust U.S. imperialism. Despite his verbal attacks on the U.S., Erdoğan has stepped up his support of Washington’s campaign to overturn the government in Syria led by Bashar al-Assad.

Just hours after the voting results, the White House issued a statement which read: “President Donald J. Trump spoke today with President Recep Erdoğan of Turkey to congratulate him on his recent referendum victory and to discuss the United States’ action in response to the Syrian regime’s use of chemical weapons on April 4. President Trump thanked President Erdoğan for supporting this action by the United States, and the leaders agreed on the importance of holding Syrian President Bashar al-Assad accountable.” (theatlantic.com, April 18)

That Erdoğan found it necessary to increase his powers of repression shows his lack of real, popular support. The continuing protests of the referendum and of his rule are a clear sign that the people in Turkey want to free themselves from this ruler who depends on the military and police to stay in power.