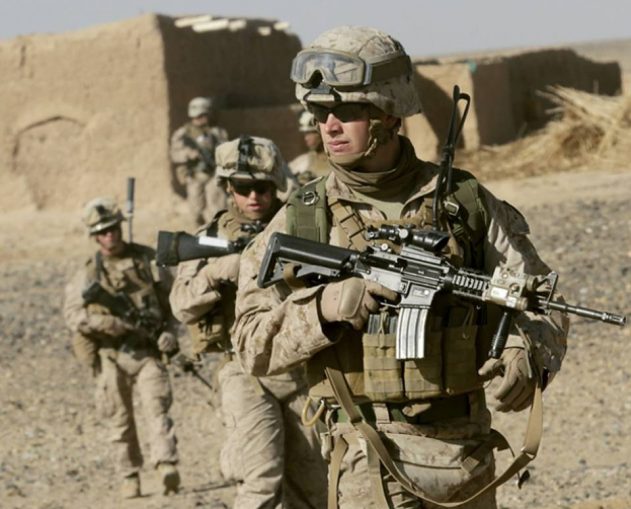 United States President Donald Trump has pledged to intensify the war against the people of Somalia, which has gone on for decades.

His executive order granted the U.S. Africa Command (AFRICOM) greater latitude in carrying out military operations inside the country against the al-Shabaab guerrilla movement. The operations no longer have to be approved at high levels in Washington nor do the officers have to show that U.S. lives are at stake and no civilian casualties will occur.

There is really no evidence that these parameters guided U.S. attacks in Somalia in the past. Though AFRICOM has often denied that its strikes and commando raids deliberately endanger civilians, this happens more often than not.

Trump claims that the Obama administration hampered the Pentagon’s capacity to defeat al-Shabaab. Yet the Obama White House continued the same routine bombing operations, funding and training of the African Union Mission to Somalia (AMISOM), maintenance of a CIA field station in Mogadishu and a flotilla of naval warships off the coast of the strategically located country in the Gulf of Aden as did previous administrations.

Washington has had a military posture toward Somalia since the Carter administration in the late 1970s. The Horn of Africa nation remains a source of instability throughout the region. Its people face a worsening situation regarding growing food insecurity and economic crisis. The transnational oil firms drilling for petroleum have brought few benefits to the people.

Drone strikes and aerial bombardments have resulted in deaths and injuries of thousands of Somalis since 2007. At that time the George W. Bush administration sought to undermine the ability of Somalis to determine their own destiny. Every Somali administration since that period has been under the political dominance of Washington and Wall Street, which has spread corruption and inefficiency. Hundreds of thousands of people face joblessness and starvation.

Somalia’s newly elected administration headed by President Mohamed Abdulahi Mohamed, who holds a U.S. passport, declared a renewed war on al-Shabaab after giving its members 60 days to surrender. Nonetheless, the capacity of the federal government to maintain security even within the capital of Mogadishu has proven to be extremely limited.

It was reported that at least 15 people were killed in a car bomb attack on April 9 aimed at assassinating the newly appointed military leader of the Somali Federal Government. This operation took place right in the heart of Mogadishu in the aftermath of the inauguration of Gen. Ahmed Mohamed Jimale.

A driver attempted to ram a vehicle into the convoy carrying Gen. Jimale. The military official survived the attack, which struck a minibus carrying commuters, causing most of the casualties.

Within 24 hours yet another attack took place when a soldier wearing military gear walked into the training academy and detonated a bomb. The academy is located in the western section of Mogadishu.

Also on April 10, a civil servant died when a bomb in his vehicle was detonated apparently through a remote control device in the Hamarweyne district of the capital.

Just the day before the attempt to assassinate Gen. Jimale, there was a major effort to seize a commercial cargo ship off the coast of the country by so-called pirates. The ship had 19 Filipino sailors aboard during the attack, which was only repelled due to the intervention of a joint Chinese and Indian anti-piracy patrol in the Gulf of Aden.

That incident was only one of five which have been reported over the last several weeks. Pirates recently took control of a Pakistani-owned ship transporting food off the coast of central Somalia. Later an Indian-owned vessel was commandeered and redirected for the purpose of seizing its goods.

Even with 22,000 Western-trained and funded AMISOM troops stationed in Somalia, the country still has not been stabilized. Trump’s directive will only create more death and destruction.

The humanitarian crisis in the country is worsening, with people fleeing to neighboring, war-torn Yemen. This country too is under siege by U.S.-backed forces led by Saudi Arabia and the Gulf Cooperation Council. A boat filled with Somali refugees was bombed by GCC’s U.S.-manufactured warplanes on March 17, killing many people as they attempted to travel along the Red Sea from Yemen to the Republic of Sudan.

An East African regional bloc of nations known as the Intergovernmental Authority on Development (IGAD) has failed to secure a ceasefire in Somalia. IGAD’s response to the recent bombings has been to threaten further military activity directed against al-Shabaab.

Yet the regional states in East Africa should condemn U.S. policy in Somalia, which has resulted in further militarization of the area, destabilizing the society and increasing the impoverishment of the people.