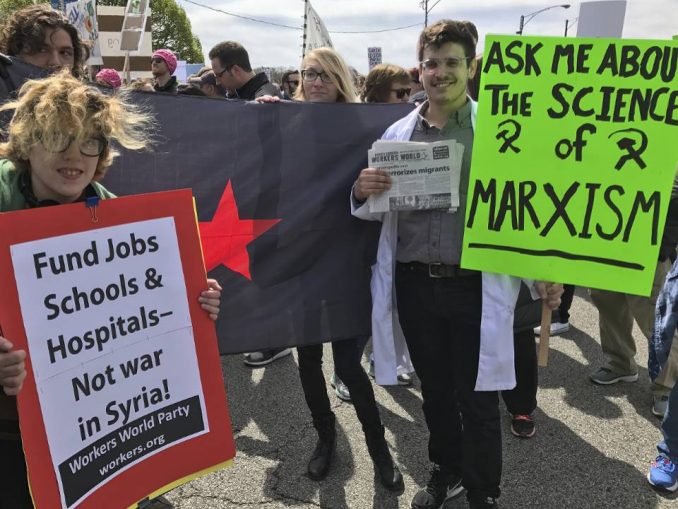 Scientists and their allies rallied and marched all over the United States in cities and towns, large and small, on Earth Day, April 22, as did others around the world. Tens of thousands came out in Chicago. In Columbus, Ohio, more than 5,000 turned out, including many medical workers and teachers. Thousands rallied in Detroit, and a rally was even held in the small town of Petoskey, Mich. Workers World Party activists took part in these and other actions in the global March for Science.