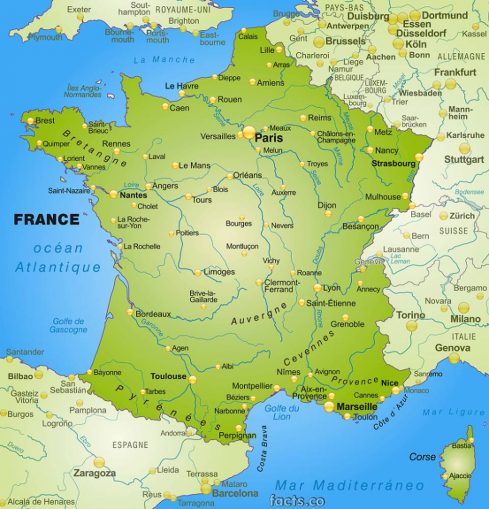 The April 23 first round of the French presidential election ended with the top four candidates each getting between 20 and 24 percent of the vote.  The runoff of the top two finishers n May 7 is between center-right politician Emmanuel Macron and ultra-rightist Marine Le Pen.

Neither of the two parties which have run the French government for the past 50 years — the so-called Socialist Party (PS) and the Republicans — will have a candidate in the second round.

Around 30 percent of the electorate abstained from voting, slightly higher than at the last presidential election in 2012. A bit over 1 percent of the voters cast null ballots.

Macron, whose party, En Marche!, was founded a year ago, came in first, with slightly less than 24 percent of the vote.  He is 39 years old and has never held an elected office.  The current PS president, François Hollande, appointed this former investment banker as his economy minister. After Macron helped formulate the new labor law that stripped many rights away from workers, he left the Hollande government to run for president.

Marine Le Pen, of the Front National (FN), came in second with 21.5 percent of the vote. The New York Times and Washington Post call the FN “far-right.” FN’s founder and Marine Le Pen’s father, Jean-Marie Le Pen, was and is openly and admittedly a fascist.

Marine Le Pen replaced her father as FN leader in 2011 and began softening the virulently anti-Semitic, racist, anti-Muslim, anti-immigrant public positions of the FN without totally abandoning them. Nor did the FN completely disown the “youth” leaders who carried out these positions with violence against people.

Her campaign centered on France leaving the European Union; restricting the rights of Muslims living in France, many of whom are citizens; restricting immigration and refugees; promoting economic nationalism; and intensifying police pressure on Muslim communities in the name of combating terrorism.

In reaction to her second place finish, leaders of the Socialist Party and many other major political figures called for a Republican Front of parties and movements that would vote against Le Pen and for Macron.

François Fillon, a longtime rightwing politician, whose party is currently called Les Républicains (The Republicans) and who took a gift of two $7,500 suits while he was under investigation for providing his wife and children with well-paid, no-show jobs, came in third with 19.9 percent of the vote. He has called for his supporters to vote for Macron.

Jean-Luc Mélenchon is called “far left,” and in the context of the general rightward drift of politics in the imperialist countries, he is as far left as any major electoral politician: anti-austerity, anti-NATO, pro-social services, pro-unions, pro-welfare.  But he is most definitely not anti-capitalist and certainly did not urge the working class to take power.  He called for the creation of a “sixth republic” to replace the fifth one currently administering the French state.

Mélenchon ran an innovative campaign that spoke to the desires of young people — for equality, unity and respect for the environment — and wound up getting 19.6 percent of the vote. His rallies drew diverse crowds — especially compared to Le Pen’s — but he did not have contingents, particularly from progressive trade unions like the CGT or Solidaire or from groups like the Communist Party, which endorsed him.

The leftist candidate did not immediately call for a vote for Macron against Le Pen, instead urging his voters to vote their conscience.

The composition of the French government will not be set until after the parliamentary elections in June. Since En Marche! has only been in existence for a year, it has no deputies in Parliament and the FN has only one.