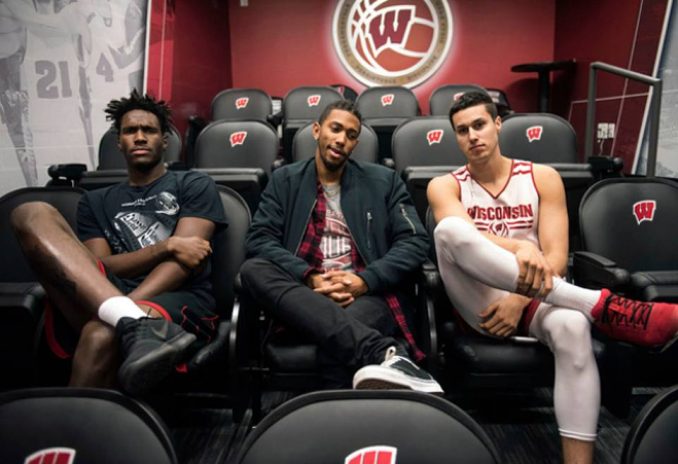 Social activism among amateur and professional athletes may not have begun with National Football League quarterback Colin Kaerpernick’s protest against racist oppression that started in the fall of 2016, but it certainly has helped to spike it. Take, for instance, the huge banner drop at the April 3 season-opening game of the Washington Nationals, a Major League Baseball team, that stated “Impeach Trump,” which exploded on Twitter and other social media. Trump was scheduled to throw out the traditional first pitch but cancelled.

The U.S. Women’s National Hockey Team, which had threatened to strike during the  International Ice Hockey Federation Women’s World Championship, recently won a major contract with the USA Hockey less than 70 hours before the world games were to begin in Michigan. It was only after USA Hockey could not muster a scab replacement team that they gave in to the women’s demands.

According to progressive sports writer Dave Zirin, here is what the women hockey players won: “The wages, which were a four-figure pittance, will now be $70,000 per year with bonus opportunities for Olympic and World Championship victories; there will now be a $950,000 ‘compensation pool’ for players (think back-pay); everyone on the team will get a pre-bonus base salary of $4,000 per month, quite a boost from the old rate of $6,000 a year, every four years (wages for ‘Olympic training’); the USOC [United States Olympic Committee] also stepped up with $750 to $2,000 per month based on a player’s experience; for the first time, they will get the same amount of meal money as the men’s team — a $50 per diem on non-travel days — before this, the women’s per-diem was about $24; for the first time, their travel accommodations and insurance will be equal to the men’s as well; most importantly for the team, there will finally be a committee aimed at developing youth hockey for girls, and greater promotion for the women’s game.” (thenation.com, March 29)

Clearly, it was solidarity with these players from women, men and gender-nonconforming people that won this important victory, which will surely impact future national battles around pay equity.

The television rights to air the women’s tournament on ESPN pales mightily  when compared to the same rights CBS and Ted Turner’s TNT, TBS and Tru stations pay to air the men’s tournament. These stations will be paying the NCAA an estimated $1 billion annually through 2032 to air these games. And what will players who make the NCAA super-rich be getting? Not a penny. Talk about super-exploitation of student-athletes, some of whom go hungry when their food vouchers expire. Even National Basketball Association players, such as JJ Reddick with the Los Angeles Clippers, are demanding that student-athletes receive a living wage.

For the past several years, student-athletes including those at Northwestern University have been organizing to secure collective  bargaining rights for the labor they provide either on the field or on the court. They want student-athletes to get paid like every other worker.

The University of Wisconsin Badgers players are not only talented — they defeated last year’s NCAA champion Villanova during the tournament — but some of the most political. Nigel Hayes, who is African American, has been very vocal in supporting student-athletes’ right to organize. During football season, he carried a sign reading “Broke athlete” which made national news.

Hayes and other players also criticized a white Badgers fan for the racist act of wearing a Barack Obama mask and carrying a noose in their hand during a football game last fall. Hayes and another teammate, Jordan Hill, also African American, carried out their own protest against the national anthem.

Bronson Koenig, also on the Badgers basketball team, is of Ho-Chunk Indigenous heritage. He has traveled to North Dakota numerous times to support the NO Dakota Access Pipeline struggle.

All three athletes support the Black Lives Matter movement and have been inspired by Kaepernick’s protest.