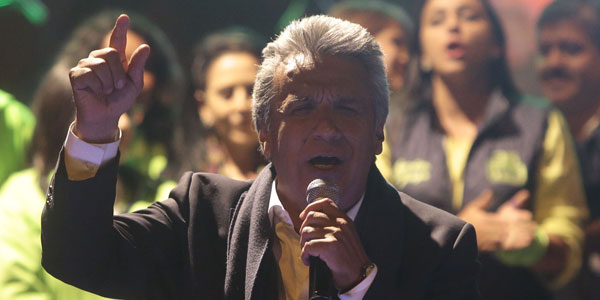 Lenín Moreno, candidate for the Alianza País, won the runoff election on April 2 by more than 2 percent of the vote over the rightist candidate Guillermo Lasso, a banker and pro-imperialist candidate who had the support of the Ecuadorean oligarchy and U.S. imperialism. Progressive governments and left parties all over Latin America and the Caribbean, including revolutionary Cuba, supported a Moreno victory, which is a continuation of the existing government. The same party, Alianza País, is the leading party in the National Assembly by an even greater margin.

The left in the region see Moreno’s win as a positive step blocking rightist gains following the election of a right-winger in Argentina and rightist victories through virtual coups in Brazil and Paraguay. So far Lasso refuses to recognize this clear electoral victory, crying fraud, although international observers, including the Organization of American States, said there were no irregularities in the election.