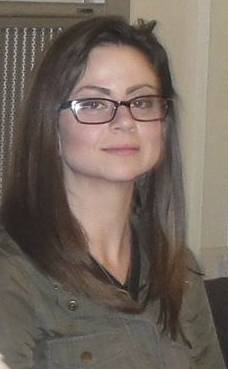 Based on a talk by WWP member Randi Nord at the March 25 WWP/SDS Midwest Socialism Conference.

I’d like to discuss the truth behind the al-Qaida threat in Yemen and what the struggle in Yemen means for U.S. imperialism and the Middle East.

Western involvement in Yemen dates back many decades. Shortly after British occupation ended in 1967, South Yemen identified as a socialist state with strong ties to the Soviet Union, China, Cuba and revolutionary Palestinians.

North and South Yemen unified in 1990, shortly before the Soviet Union officially dissolved. U.S. imperialism’s intervention in the region exacerbated the conflict within unified Yemen.

Western corporate media credit the rise of al-Qaida in Yemen to conflict caused by Houthi rebels in 2011, with the al-Qaida forces allegedly using the chaos from the uprising to gain footing in the country’s tribal areas. This is false.

The hills of Yemen had long been a place of recruitment and planning for al-Qaida long before their branch in the Arabian Peninsula was officially announced in 2006.

In the 1980s, U.S. imperialism was busy arming reactionary sectarian forces in Afghanistan to fight the communist government in Kabul and its Soviet allies. Rural tribal areas in Yemen were ideal for recruiting fighters to take on what locals saw as Soviet invaders and godless communists. Fighters from parts of Africa and Saudi Arabia moved through Yemen.

But U.S. imperialism is also directly responsible for the devastating situation in Yemen we see today.

Yemen was a poor country prior to the current conflict, and now Yemen is starving, its population hard pressed to find food, clean drinking water or medical care, on the brink of famine. Many people — especially children — are dying every day from malnutrition or preventable illnesses like cholera.

Not only are Yemenis subject to air strikes from both Saudi Arabia and the United States, but Saudi-backed fighters have been terrorizing civilians on the ground. They even threaten doctors and patients inside hospitals, forcing doctors to work at gunpoint.

Unemployment is rampant. The illiteracy rate is climbing. Already the poorest country in the region, Yemen lives under an air blockade, which obstructs aid from entering the country and prevents civilians from fleeing.

The U.S. has come under fire from several human rights groups for supplying arms to Saudi Arabia.

Documents released via Wikileaks show that the Obama administration started arming and training the Yemeni government prior to the start of the war today. Washington and its imperialist allies are directly to blame.

The new Trump administration has actually increased the U.S. military presence and air strikes in Yemen, including a raid so horrendous that even the corporate media condemned its causing the death of dozens of Yemeni civilians — including an 8-year-old girl — and one Navy Seal.

While the U.S. claims to be fighting al-Qaida in Yemen, the U.S.-backed Saudi coalition and al-Qaida share a common enemy in the new Popular Resistance Coalition. The Houthis, portions of the Yemeni military and their allies have formed a broad coalition to fight back against both Saudi aggression and U.S. imperialism.

Washington aims at propping up a Saudi-friendly and anti-Iranian government in Yemen. This is carried out by selling billions of dollars of weapons and supplies to the Saudis and their allies, including Qatar, Morocco, Bahrain, Sudan, Egypt and the United Arab Emirates.

However, despite his recognition from the imperialists, the Yemeni people reject ex-President Hadi and consider him a puppet for Saudi Arabian and imperialist interests.

Saudi-backed forces include many foreign fighters from the UAE and parts of Africa.

Yemen includes many important port cities, including Aden and Mocha. Resistance control of these ports could drastically alter global trade routes and the flow of capital.

But perhaps most importantly, the U.S. and its allies oppose an anti-imperialist resistance government in Yemen, as this could threaten the stability of other Western-allied countries.

The Yemeni people echo the same attitude as that of Syrians: if only foreign powers could stay out of our country, we Yemeni people could work this out on our own. They want foreign fighters out and they want the Saudi-led aggression to stop. They also know the West — specifically the U.S. — is directly to blame.

As revolutionary socialists inside the U.S., we must fight for the U.S. to end terror alliances with Saudi Arabia and similar states. We must fight for Yemen’s right to self-determination.