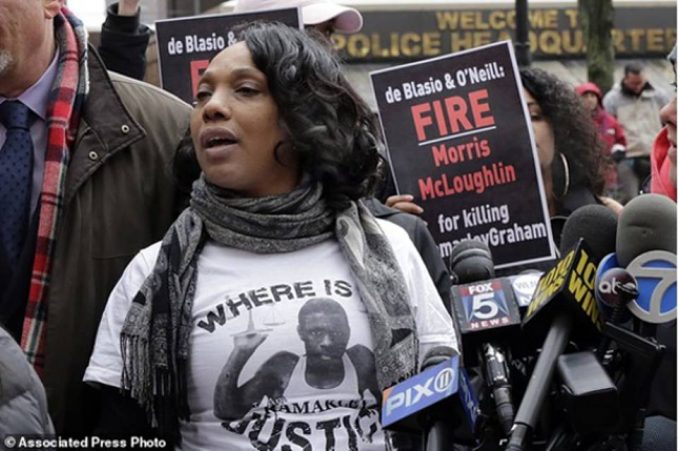 Two demonstrations were held March 27 in New York City to protest the white New York Police Department cop who killed an unarmed Black teenager, Ramarley Graham, in front of his grandmother and brother on Feb. 2, 2012, in the bathroom of their Bronx home.

The cop, Richard Haste, decided to resign on March 26 rather than face being fired on March 27.  What many in the movement are asking is why didn’t a grand jury indict Haste and his partner Morris McCoughlin for Graham’s murder? Haste chased Graham into his home without a warrant, claiming to be looking for “drugs” before fatally executing the 18-year-old.

Graham’s mother, Constance Malcolm, responded to this development, saying, “Mayor de Blasio has once again shown his unwillingness to hold police accountable to our communities with his administration giving deference to Richard Haste in allowing him to resign. This is not accountability after de Blasio and the NYPD dragged their feet for years, especially while all the other officers involved in the killing of my son continue to be employed by the department, enjoying pay raises every year.” (New York Daily News, March 26)