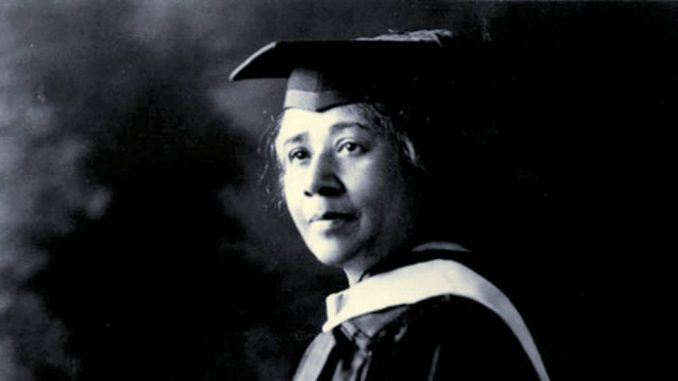 African-American women from the late 19th century to the early 20th century played a pivotal role in the internationalization of radical philosophy and political organization.

Anna Julia Haywood was born into slavery on Aug. 10, 1858, in Raleigh, N.C. Her mother, Hannah Stanley Haywood, was an African woman. Her father’s identity was not clear due to slavery’s legacy and the exploitation of African women. Many white “owners” of enslaved people, male relatives and employees routinely sexually assaulted and exploited African women. The perpetrators often denied paternity of these offspring. These children of African women were subjected to the same degree of discrimination and repression as others not of mixed ancestry.

Haywood’s mother was reportedly illiterate, and therefore, she encouraged her daughter to learn. By the age of nine, Haywood was attending St. Augustine’s Normal School and Collegiate Institute, an institution in Raleigh designed for formerly enslaved Africans. She studied math, Greek and philosophy. Overcoming gender barriers, she consistently excelled in a curriculum designed exclusively for males. Her academic achievements landed her a teaching position at the school.

Later, Haywood married George Cooper, a teacher of Greek and the second African American in North Carolina to be ordained an Episcopal minister. Haywood took a leave of absence from teaching for two years until her husband suddenly died. Returning to her academic pursuits, Haywood Cooper studied at Oberlin College in Ohio and earned a bachelor’s degree in mathematics in 1884. Three years later, she completed a master’s degree; returned to teach math, Greek, Latin and science; and became a renowned public speaker.

‘A Voice from the South’

Haywood Cooper produced her seminal work in 1892 titled “A Voice from the South by a Black Woman of the South.” The book is considered a milestone in African women’s social and political philosophy. Undergirding the thesis laid out in the text is the belief that African-American women are quite capable of achieving higher levels of education. Also, the education of women and their involvement in public life would make a monumental contribution not only to African-American communities, but U.S. society as a whole. Harnessing and unleashing of enlightened women’s power were transformative and led to greater awareness of human potentialities.

A chapter entitled “Higher Education of Women” asserts: “Now I claim that it is the prevalence of the Higher Education among women, the making it a common everyday affair for women to reason and think and express their thought, the training and stimulus which enable and encourage women to administer to the world the bread it needs as well as the sugar it cries for; in short it is transmitting the potential forces of her soul into dynamic factors that has given symmetry and completeness to the world’s agencies. So only could it be consummated that Mercy, the lesson she teaches, and Truth, the task man has set himself, should meet together: that righteousness, or rightness, man’s ideal — and peace, its necessary ‘other half,’ should kiss each other.”

The “woman question” in the U.S. is linked with racism and national oppression. African-American women face discrimination on the basis of national origin as well as gender and class.

Laying the groundwork for broader global intervention, Haywood Cooper addressed the World’s Congress of Representative Women in May 1893. One of five African-American women to speak there, she said she was speaking for the Black women of the South.

The WCRW was held in conjunction with the Chicago World’s Fair (also known as the World Columbian Exposition, named after colonizer Christopher Columbus). Some 500 women from 27 countries addressed 81 meetings about the conditions of women. The WCRW was organized amd funded through the women’s branch of the World Congress Auxiliary. This section of the Chicago gathering was directed by the President of the Women’s Auxiliary Bertha Honoré Palmer, spouse of wealthy Chicago retailer Potter Palmer. The men’s section of the Auxiliary ran 17 departments and convened over 100 panels, but the women’s division, which organized only one phase of the event, the Women’s Congress, had the largest attendance.

Haywood Cooper spoke at the First Pan-African Congress held in 1900 in London. She was also on the executive committee of this historic event, which attracted international attention.

Lifelong activist Anna Julia Haywood Cooper died in 1964 at the age of 105.