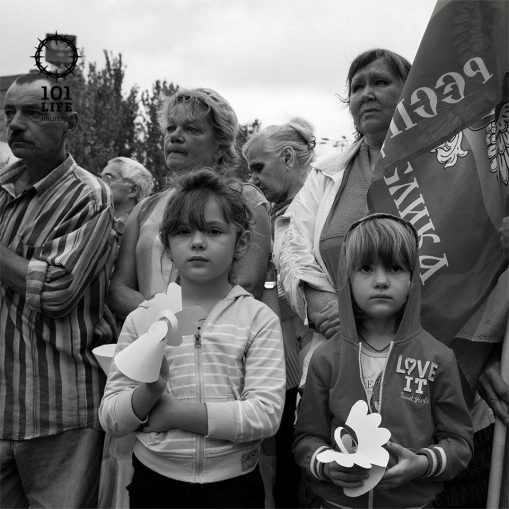 Since late January, people living in the Donbass mining region of eastern Europe have been battered by the worst wartime bombing from neighboring Ukraine in nearly two years. Schools, hospitals, water treatment facilities and chemical plants have been targeted, as well as residential homes in cities and villages along the front line.

Nearly 10,000 people have been killed in the region since a right-wing coup overthrew the elected government of Ukraine in 2014.

In response to the intensified attacks, people have been taking to the streets, from Russia and Italy to South Africa and Britain, demanding an end to war crimes by the U.S.-backed regime in Kiev.

More than 230,000 residents of the independent Donbass republics of Donetsk and Lugansk and thousands internationally have also signed a petition to leaders of Russia, Germany and the United States demanding that they force Ukraine to abide by the Minsk peace agreement.

Despite signing this agreement in 2015, President Petro Poroshenko’s government continues to violate it every day.

Meanwhile, the new administration in Washington — which raised expectations of a peaceful resolution to the Ukrainian crisis in the Russian-speaking world with Donald Trump’s campaign overtures to Moscow — has taken an increasingly belligerent tone, threatening a new nuclear arms race while condemning nonexistent Russian “aggression” in Ukraine at the United Nations and reassuring NATO allies of its commitment to the imperialist alliance.

Now, an international day of action has been called for Sunday, March 5, to press the demand for an end to Ukraine’s war, which is enabled by U.S. funding and NATO military training and assistance.

Protesters will also call for Ukrainian President Poroshenko to be charged with war crimes at the International Criminal Court in The Hague.

Actions are planned in at least 16 cities in Europe, Asia and North America, at Ukrainian embassies, United Nations sites and Organization for Security and Cooperation in Europe offices.

In New York, Solidarity with Novorossiya & Antifascists in Ukraine, a project of the International Action Center, has called for a picket at the United Nations on March 5 at 12 noon. Protesters will gather at Dag Hammarskjöld Plaza at First Avenue and 47th Street, across from U.N. headquarters.

There, anti-war and anti-fascist activists will also demand freedom for Alexander Kushnarev, who was arrested by the Ukrainian Security Service on Feb. 23. Kushnarev’s son Gennady was among at least 48 people killed in the fascist massacre at the Odessa House of Trade Unions on May 2, 2014. This latest attack on the victims’ families is part of Kiev’s campaign to cover up its complicity in the massacre.

For more information on the protest, visit No2NATO.org. At the website, readers can also find out how to sign the international petition.