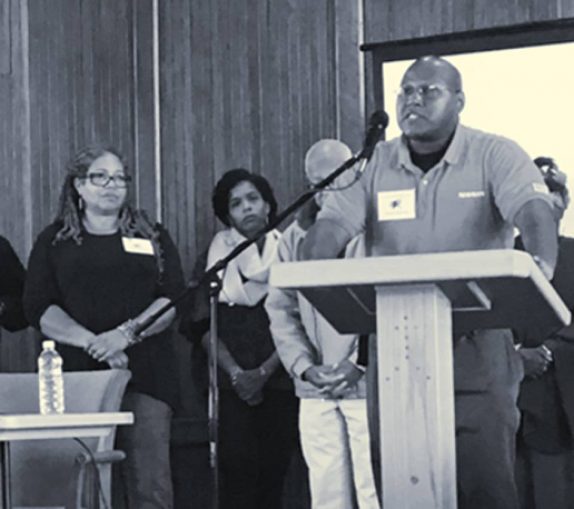 After twelve years of a drive to organize workers at the Nissan plant in Canton, Miss., the company is still being accused of intimidating and firing union supporters.

Nissan opened the vehicle assembly plant in 2003. Within two years, the United Auto Workers began to organize the 5,000 workers, 80 percent African-American. These workers were already fed up with everything from racist abuse to life-threatening unsafe working conditions. They know only by having a union can they force the company to create a safe work environment.

Paint technician Morris Mock, on the UAW’s Volunteer Organizing Committee, told Workers World: “Workers are steadily getting injured. Nissan is continuing to ignore health and safety conditions inside the factory.”

Workers blame the injuries on a lack of basic safety equipment and the breakneck pace of the assembly line. They charge Nissan with forcing injured workers to return to work before they have recovered. Workers must decide whether to follow the doctors’ orders or the bosses’ orders. Doing the latter has aggravated the workers’ original injuries or caused re-injuries.

Last Sept. 22, workers and clergy held a candlelight vigil on the one-year anniversary of the on-the-job death of 37-year-old Derrick Whiting, who collapsed while working. Workers considered the company’s effort to save him inadequate. Many at the vigil wore shirts with Whiting’s picture and the message, “Derrick Whiting’s life matters.”

Another issue fueling worker anger is the widespread abuse of “temporary” workers. Hired by Kelly Service, the Kelly workers expected to eventually become permanent Nissan employees. Now about half the plant workforce, they make as little as $12 an hour, with no benefits, for the same backbreaking work as Nissan workers.

While the workers are fighting an uphill battle, they are not alone. Several years ago, Congressperson Bennie Thompson founded the Mississippi Alliance For Fairness At Nissan. MAFFAN has brought together Nissan workers, civil rights leaders, clergy and elected officials.

Award-winning actor Danny Glover has attended many of MAFFAN’s protests, including past demonstrations outside auto shows that drew worldwide attention. Grammy-winning rapper Common performed at a MAFFAN benefit last year.

Three dealership pickets in North Carolina included newly organized city workers in Greensboro, represented by Electrical Workers Local 150, and city workers in Raleigh who are also in Local 150. In those two cities and in Charlotte, the militant picket lines united labor and community supporters, who heard eye-opening testimony from current and former Nissan workers. The Change to Win labor federation helped organize the protests and others in Birmingham, Ala.; Nashville, Tenn.; and New Orleans.

The UAW has gone global to expose Nissan and partner Renault. In November, Mississippi plant workers and supporters demonstrated outside the Olympics in Brazil. In July, the UAW blasted Renault-Nissan for refusing to meet with French parliamentarian Christian Hutin.

The company maintains its hard-line, anti-union stance, having refused offers of mediation from the federal government, but workers refuse to give up. MAFFAN has called a “March on Mississippi” to “End Voter Suppression” — meaning Nissan’s intimidation of workers who would otherwise vote for the UAW. As Mock said: “We are steadfast and we are in it to win it. A movement like this will change how the South treats workers’ rights and cheap labor.”

The movement Mock envisions is crucial to union success. Unions have long neglected organizing Southern workers. As a consequence, companies have closed northern plants and relocated these “runaway plants” to Southern states. There, anti-union “right-to-work” (for less!) laws allow union members to withhold dues and thus weaken the organization.

All of the foreign auto “transplants,” with the exception of two Honda plants in semirural Ohio, are in the South. None have been unionized.

The lack of a strategy to organize the South has had dire consequences for the labor movement. Northern state governments have passed Southern-style “right-to-work” (for less!) laws. Unions have faced harsher demands that they concede on wages and benefits. The union correctly claims it will be hamstrung at the bargaining table until the Southern transplants are unionized.

Many rank and filers believe the UAW has to restore its reputation as a fighting union before it can organize the unorganized. Nevertheless, as the Nissan campaign demonstrates, more and more workers are organizing in the South. The Southern solidarity rallies were part of a strategy to draw labor and the community together to build power.

Building Southern coalitions, such as the Southern Workers Assembly, will advance the movement to organize the South and move the whole working class forward in the struggle against capitalism.