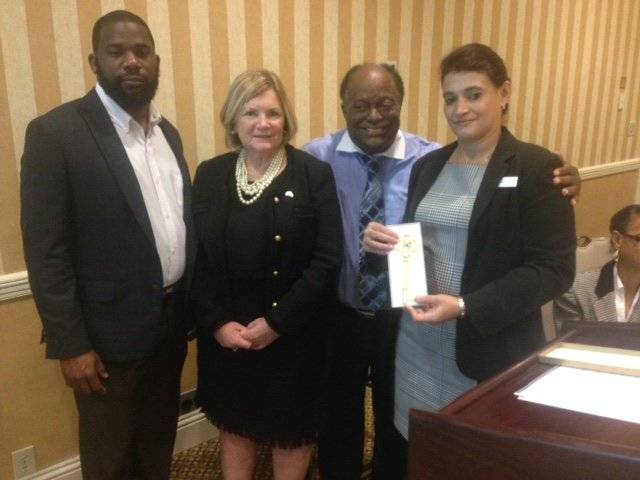 The Florida governor’s tweeted threats to cut funding for Florida ports that do business with Cuba couldn’t stop the warm reception for Cuba’s port representatives nor the first Cuban exports to the U.S. on Jan. 24.

A Jan. 27 Tampa Bay Times editorial responded that “Gov. Rick Scott undermines the ports he promoted,” although he “calls himself the jobs governor.” According to a Florida International University 2016 poll, Scott does not even represent the views of Cuban-Americans in Miami-Dade County, long seen as the center of opponents of revolutionary Cuba: “A majority of respondents favor increasing economic relations with the island.” (http://cri.fiu.edu/research/cuba-poll/)

Secteu.com reported Scott’s tweet campaign interrupted the formality of an agreement with the visiting delegation, but not the discussion toward better relations: “The National Port Administration of Cuba has indicated to Port Everglades administration that there is no need for a Memorandum of Understanding at this time. However, today’s business meeting and related activities will continue as planned.”

Eradis González de la Peña, president of Almacenes Universales, a Cuban logistics company that oversees the Mariel Container Terminal, said they would continue working toward the MOU: “The U.S. is our natural market and very close to us.” On Scott’s comments, she said, “As a governor, he has the right — and what’s more, we respect that.” (MiamiHerald.com, Jan. 26)

WorldMaritimeNews.com explained: “Cuba’s $1 billion port project will make Mariel the largest port in the Caribbean, with a capacity to handle approximately 1.3 million shipping containers a year. It will also allow Mariel to serve as a transshipment hub for the region.”

According to CBS12.com, “Cuban leaders visiting the Port of Palm Beach … invited Gov. Rick Scott to the island.” Ten governors have visited Cuba since the re-establishment of U.S.-Cuba diplomatic relations, including those of Louisiana and Virginia, whose ports are on the itinerary of the National Port Administration of Cuba.

More than 15 percent of the 4.8 million metric tons of food and humanitarian supplies sold to the Republic of Cuba since 2010 shipped from Florida ports. Crowley Maritime ships to Cuba three times a month from the Ft. Lauderdale port. (Miamiherald.com, Jan. 26)

On Jan. 24, the first Cuban export to the U.S. was received at Port Everglades, two containers of artisanal hardwood charcoal made from marabu [a dense, woody weed] by Cuban cooperatives. Cuban marabu charcoal has long been exported to Europe. U.S. retailers will sell it under the Fogo Charcoal brand.

U.S. longshore workers have a long history of internationalism and collaboration with Cuban longshore and port workers. In 1961, an International Longshore and Warehouse Union delegation from the West Coast traveled to Cuba, defying the U.S. hostility to the revolutionary process then unfolding.

The International Longshoremen’s Association represents port workers on the East and Gulf Coasts. Royce Adams, former vice president of ILA Local 1291 in Philadelphia said: “Trade with Cuba is the centerpiece of normalization. Genuine class interest for ILA members and Cuban maritime workers will create job opportunities for their families and communities. ILA family members are farmers in the South and want to trade with Cuba. Normalization of trade with Cuba enhances interregional trade among ports in the Caribbean islands.”