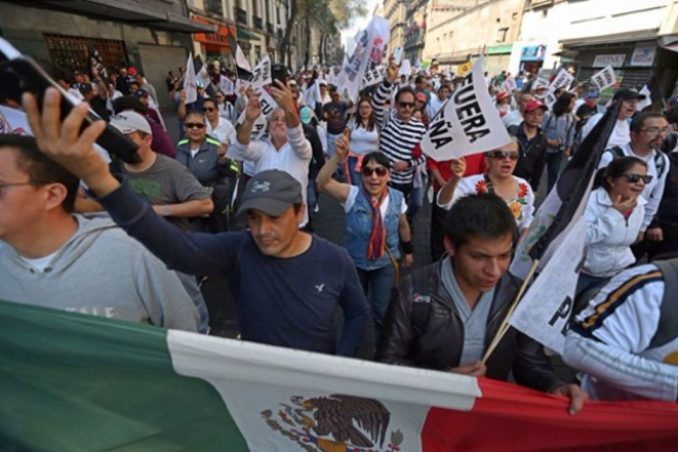 Protests and rebellions have taken place in at least 22 Mexican states over a 20 percent hike in the cost of gas imposed by President Enrique Peña Nieto at the beginning of the year. Demonstrations have been held throughout the country at gas stations, government buildings, oil refineries, city squares and highways.

Gas had previously been subsidized by the Mexican state to prevent high prices at the pump. Nieto’s deregulation scheme, called the “gasolinazo” by protesters, means that gas prices in Mexico will now be set according to international rates.

According to the Times Union: “The change boosted the average price for a liter of premium gasoline to 17.79 pesos (about 90 cents). That makes 4 liters, or about a gallon, equal to nearly as much as Mexico’s just raised minimum wage for a day’s work — 80 pesos (about $4).” (Jan. 6)

In Mexico City, some 20,000 businesses have been shuttered in response to the ongoing uprising. While Mexican officials and mainstream media outlets have attempted to denounce the rebels for looting, it was four police officers in Mexico City who were caught on video filling up their patrol cars with stolen goods. (thedailybeast.com, Jan. 8)

Making an implicit link between the austerity measure and the neoliberal attack on immigrant rights, the same article reported that protesters also freed a group of migrants from an immigrant detention center in the state of Chiapas on Jan. 4, and then burned the center down.

Nieto begged for understanding on national television on Jan. 5, claiming that the increase was solely the result of an increase in international oil prices. He asked, “What would you have done?”