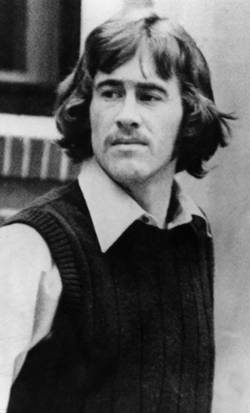 On Dec. 13, Larry Colburn died. He was the last survivor of a U.S. helicopter crew who were among the best of the heroes of the Vietnam War — on the U.S. side. This is their story.

It was March 16, 1968. A U.S. helicopter gunship was ready to do battle with Vietnamese guerrillas. It hovered over My Lai that morning. Its task was to draw enemy fire and expose their positions.

What the three members of that helicopters observed — and it took a while for them to realize what was going on — was one of the worst massacres of a U.S. war of aggression and occupation filled with atrocities and massacres. The officer in charge of the company attacking a Vietnamese village, Lt. William Calley, had ordered his troops to set fire to the homes and to kill everyone in the village.

In the course of the day, more than 500 Vietnamese civilians were killed, almost all elders, women and children, with few or no guerrillas. This carnage became known as the My Lai massacre.

When the helicopter crew — Colburn, Chief Warrant Officer Hugh Thompson and copter crew chief Glenn Andreotta — realized what was going on, they did their best to stop it. Thompson seized the initiative, landed the copter, jumped out and confronted Calley and the platoon he commanded. Thompson threatened that his gunner would fire on them if they continued to kill Vietnamese civilians.

Colburn was handling the machine gun pointed at Calley and his troops. He never had to fire. Calley backed down.

This action rescued the surviving Vietnamese villagers. Up to that point the helicopter crew were not war resisters or committed radicals. They were just decent human beings. But to act on that was enough to require real bravery. In the best tradition of soldier-resisters, they turned their guns around on the real enemy.

Calley was convicted of premeditated murder and sentenced to life, but President Richard Nixon moved him to house arrest, and he only served 3.5 years of his sentence. He lives in Miami now.

The bravery of the helicopter crew that stopped Calley’s mass murder was mirrored and multiplied by thousands of U.S. soldiers, sailors, air force members and Marines who began to resist the war from 1968 until the last U.S. troops were withdrawn in 1973. They avoided combat with the Vietnamese troops, refused orders to fight and, even in extreme cases, killed their own racist or too-aggressive officers and sergeants.

Catalinotto is the author of “Turn the Guns Around: Mutinies, Soldier Revolts and Revolutions,” available in January.