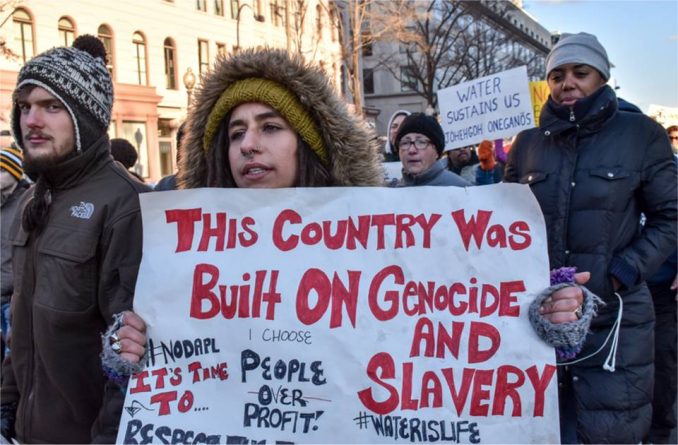 From the stage next to the reflecting pool in front of the U.S. Capitol, participants carrying banners and many homemade signs marched on a bitter cold day to the national headquarters of the Environmental Protection Agency at 12th Street and Constitution Avenue, pausing en route in front of the Trump Hotel for particularly loud chants.

Later, dozens of participants joined the Leonard Peltier Defense Committee in a candlelight vigil on the south side of the White House demanding that Peltier be released.