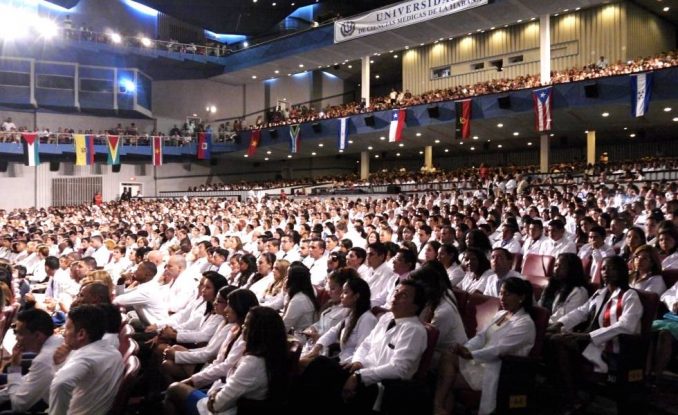 What is a “human right”? Working-class and oppressed people define the term “human rights” differently than the capitalists, businesses, banks and multinational corporations that exploit human labor for profit.

For International Human Rights Day, Dec. 10, the U.S.-based National Network on Cuba wrote a statement, “Cuba: Where real human rights are the foundation of society.”

The NNOC contrasted the global respect for the well-lived life of socialist Cuba’s historic leader Fidel Castro with the insulting reactions from the U.S. president-elect and others who wrongly assert that the Cuban leader’s legacy was the denial of “human rights.” The NNOC also condemned the U.S. blockade of Cuba, in itself a massive genocidal human rights violation.

The NNOC pointed out that in the U.S., unlike in Cuba, “the president-elect will lead a country where police kill Black and Latin people — men, women, children, transgender — with impunity. …

“As winter begins to bite … over 500,000 will be sleeping on U.S. streets, under bridges, families with children will be living in cars. Not in Cuba.

“In the U.S., millions are evicted from their homes because of skyrocketing rents and mortgages. Not in Cuba.

“According to a Kaiser Family Foundation survey … in 2016, 83 percent of [U.S.] workers have a deductible — an amount that they have to pay themselves for medical care before insurance covers it — with an average of $1,478. For the first time since 1999, more than half of workers must pay more than $1,000 in medical costs before insurance coverage begins. Not in Cuba.

“According to the U.S. Department of Education’s National Institute of Literacy, in an April 2016 study, 14 percent, or 32 million adults, can’t read in [the U.S.]. Not in Cuba.

“Trump openly advocates waterboarding and other forms of torture. … Since 2002, torture has been taking place at one location on the island: the territory illegally occupied by the U.S. military base in Guantánamo.

“We assert that the Cuban Revolution is an excellent example of the implementation of the Universal Declaration of Human Rights today. Cuba is a small, island country, with development hampered by centuries of colonialism and slavery. And despite having to endure to this day an economic, financial and commercial blockade that has lasted for over 56 years, one designed to impose hunger and privation on its people, the island remains a bright example of humanity to the world.

“The full resources of Cuba are used to develop each individual Cuban to their fullest potential. Universal health care, free education through university, the right to employment, to housing — to dignity — is not only guaranteed but implemented.

“Over $4 billion was wasted this year on the presidential campaign in the U.S. Just imagine for a moment what that money could have been spent on in terms of social improvements. Meanwhile, the people of Cuba enjoy free and fair elections untainted by financial influence. Every Cuban is registered to vote on their 16th birthday. Every vote is counted under the honest and watchful eyes of children. In addition to representation, the Cuban people are directly consulted about the direction of their society through community, union, women’s, agricultural, youth and other organizations. Their views are heeded. Transgender individuals have been elected to represent their area. …

“On Saturday, Dec. 10, remember the fundamental human rights enjoyed in Cuba, where the 1959 Revolution converted military barracks into schools. One of them is the Latin American School of Medicine, where youth from underserved communities around the world — including some from the U.S. — learn to be doctors for free, then go home to serve the people.

“Yes, that is real human rights.”

LaBash is one of five co-chairs of the National Network on Cuba.