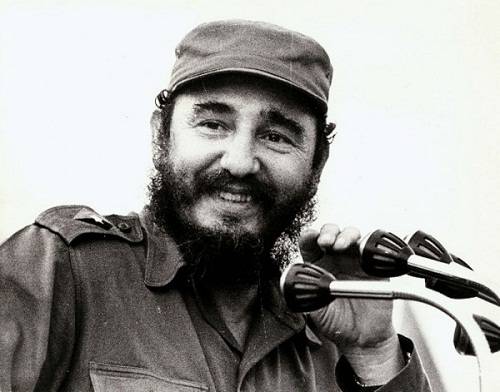 My older sister is a tour guide in Brazil. In the 1990s, a conference attended by Fidel Castro plus the then president of Brazil, the governor of Rio de Janeiro and other dignitaries was taking place in a hotel in the city of Rio de Janeiro.

My sister was working in that conference with a group from another country. Almost at the end, she asked the Comandante for a picture with her. Fidel promptly said yes and, while they were posing for it, asked her how she was doing. She replied, “I am very tired for I have been working here all day long.” He asked her if she had already had dinner, to which she replied, “I have not eaten anything all day.”

Fidel then asked my sister if she would like to join him and his delegation for dinner. She said, “Of course! It will be an honor.”

As she walked behind him, a security guard stopped her. The Comandante intervened, saying to let her in because she was his guest.

My sister was touched by the kindness and solidarity shown by Fidel. She said it showed what a wonderful man he was. Fidel Castro is “presente” in every act of solidarity.