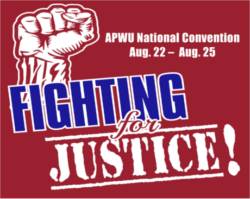 Urbandale, Iowa – Workers at Pacific Architects and Engineers Inc. will begin contract negotiations on Jan. 21 after winning a “landslide victory” in their fight to join the American Postal Workers Union Local 44.

A four-month organizing drive at PAE conducted by Iowa Citizens for Community Improvement (Iowa CCI) and the Des Moines, Iowa, APWU Local 44 resulted in a vote of 18-8 on Oct. 21 in favor of a union at the Urbandale location, which is a subcontractor of the U.S. Postal Service. The organizing drive started in July when a group of 18 PAE workers, mostly Latinas, met with Iowa CCI organizers Emily Schott and Madeline Cano.

Schott told WW: “The most moving thing to me when the workers first came to us was how long they had been working there and how horribly the management was treating them after so many loyal years to the company.”

Despite working for PAE for over 10 years, and some for as long as 17 years, workers were harassed and subjected to unreasonable production quotas. Nearly all the workers had injuries from the repetitive nature of the work, and the company was doing nothing to make the work safer. Along with company plans for cutting benefits and freezing wages, management circulated memos pressuring workers to switch to temporary positions, which would mean “abysmal health insurance and ridiculous hours” for the workers, according to Schott.

PAE is a major recipient of U.S. government money as a subcontractor for the Pentagon. According to militaryindustrialcomplex.com, PAE has been awarded more than $562 million in military contracts since 2007, making its top investors very wealthy even as it tries to nickel and dime its workers.

APWU Local 44 President Mike Bates has been a union steward for 14 years and president for the past four years. He became involved with the union drive after Iowa CCI organizer Matthew Covington reached out to him for help in organizing the Urbandale PAE workers.

“The union wanted them to know the importance to stay together and in solidarity because companies do not want to be unionized,” Bates said.

APWU Local 44 is described by Bates as “progressive” in its efforts to organize the private sector, with 784 members representing the Mail Contractors of America in Des Moines and Kansas City.

“We also talked about their expectations when it came to being represented by a union,” Bates said. “Their number one response was dignity and respect in the workplace, followed by job security, pay and benefits and a strong voice within the company.”

Bates met with the PAE workers on Aug. 8 and every Monday thereafter, as well as petitioning the National Labor Relations Board in September. The final vote in October was conducted by the workers, excluding managers, supervisors, guards and members of the temporary workforce.

Schott said of the vote: “While the [presidential] election results across the country and particularly in Iowa might mean a big blow to workers’ rights, this recent victory proves that people are ready and willing to stand up for themselves when their dignity is under attack.”

The union vote in October was a major step on the road ahead, but there are still obstacles in the future. After being blindsided by the vote, the company retaliated by firing three workers.

“The union feels this is coercion on the part of the company to get employees out of the bargaining unit,” Bates said. Refusing to back down, the union will file a labor charge with the NLRB if the workers are not reinstated.

Bates wants WW readers to know that if they are unhappy with the level of respect, pay and benefits on the job, they should reach out to the proper union and organize their workforce. “If you work in the mailing industry in America, contact the American Postal Workers Union and let us help you!”