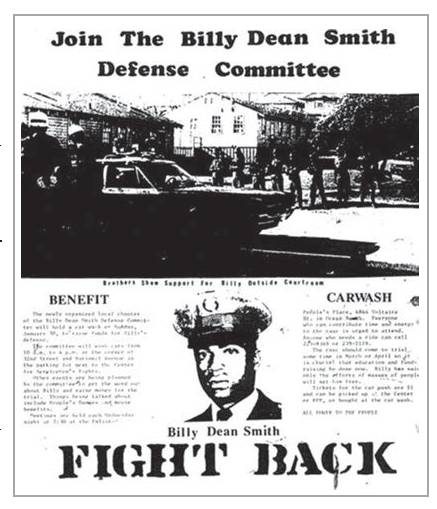 It was Sept. 28, 1972. Angela Davis and Fidel Castro were speaking at a mass meeting in Havana. Davis, recently freed from U.S. prisons by worldwide support, had brought up the case of Pvt. Billy Dean Smith.

Smith, openly anti-war while stationed in Vietnam, stood accused of lobbing a fragmentation grenade on March 15, 1971, that killed two officers and wounded one at the U.S. Army base near Bien Hoa, South Vietnam. Smith, 24, a Black enlisted man from the Watts section of Los Angeles, was singled out by his racist “superiors” to die for the fragging.

When Fidel spoke, he said, “A man became a criminal. A man who refused to destroy schools and hospitals and dikes, who devoted himself to refusing to kill Vietnamese people, who refused to kill women and children, to burn homes, to torture and commit all acts of this type. They are demanding his head and therefore there is now a new symbol: Billy Dean Smith.

“Here is a new cause for the progressive movement and a new cause for international solidarity,” said Fidel, comparing Smith’s case with that of Lt. William Calley, who massacred hundreds of Vietnamese in My Lai. Fidel called for raising banners supporting Smith, just as the world’s people had done for Angela Davis. (tinyurl.com/zxqf6cq)

Eleven years earlier, Fidel declared he was a Marxist-Leninist. His immediate support for Billy Dean Smith showed he meant it. Davis wrote in her autobiography that posters showed up all over Havana in the following days calling for freedom for Smith.

As a Marxist-Leninist, Fidel understood the class struggle also existed within the U.S. Armed Forces. He understood that the consciousness of the U.S. troops changed day by day. Encouraging this growing resistance could aid the Vietnamese liberation struggle. And much more.

At the time, Workers World Party and those of us who were organizing the American Servicemen’s Union also supported union member Billy Dean Smith. The ASU would back any rank-and-file troop who resisted the war — by whatever means were available.

Smith won his court-martial. According to ASU chairperson Andy Stapp, Fidel presented Smith “with one of those old 1959 Marine Corps caps that were worn by guerrillas fighting the dictator Fulgencio Batista in the Sierra Maestra mountains.” (transcript of January 2013 speech)

Catalinotto discusses the ASU in his forthcoming book, “Turn the Guns Around: Mutinies, Soldier Revolts and Revolutions.”