Following is the talk given by Lamont Lilly at the Nov. 11-13, 2016 Workers World Party National Conference at the Shabazz Center in Harlem, N.Y. The talk has been lightly edited. 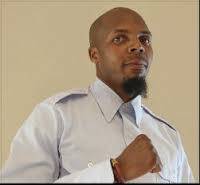 I speak you to all today as an ancestral descendant of the Black Liberation movement, as a member of the working class, as a Black man from the U.S. South and as an organizer of the Black Lives Matter movement.

The Black Lives Matter movement is still fairly new, still growing, still learning, still building, still fairly young in its theoretical and ideological formation. This movement of the vanguard and most oppressed, not only needs our support, it needs our wisdom and experience. It needs our revolutionary solidarity in a very sincere and tangible way. Thankfully, there are a lot of people who are beginning to wake up now and hit the streets.

In many circles, these movements still see themselves as separate struggles of separate oppressed groups. Comrade Larry Holmes said how there are no working-class borders anymore. So what we need now is a formal and material shift of not only domestic solidarity, but also international solidarity: a revolutionary movement of multinational, multigendered freedom fighters. Workers World Party can be the bridge for that solidarity.

It’s the process of constantly learning that makes us better revolutionaries. Personally, I always want to relate to as many struggles as possible. Not just through a political context, but in a very sincere, deep-rooted, human way.

The union halls are great, but we have to get out to the hood. We have to make [Vladimir] Lenin relevant to the ghettos and barrios. And what that means is that we may have to give people the Black Panther Party first before we give them Marx and Engels, particularly in Black and Brown communities. Most of all, we have to be open-minded. We have to listen to new ideas and new perspectives. We have to be able to evolve without sacrificing our principles.

Just to share a brief example, while Monica and I were on the campaign trail, at one of our branch stops we met a young sister who had expressed her interest in “decolonizing the mind.” Though she did describe herself as an anti-racist and anti-capitalist, she wasn’t interested in Marx and Engels. And I can totally understand why.

For most Black people, that’s all we’ve taught: the work of old white men. Just because she was resistant to Karl Marx, doesn’t mean that she’s off target. “Decolonizing the mind” is one of the very first steps to liberation, especially for Black folk. She was speaking on many of the same political points that a revolutionary communist would speak on, just in a slightly different way. It was a teachable moment for me, and I think for the party as a whole.

When it comes to building solidarity, we have to welcome these differences. We have to respect people’s cultural differences, and really listen to them, especially when it comes to young people and helping them to find a place within the movement.