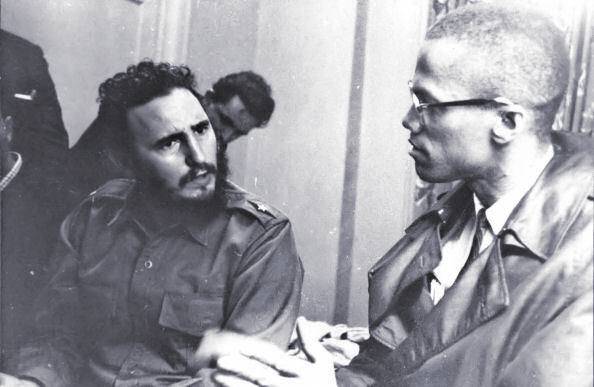 We are feeling many things as we awaken to a world without Fidel Castro. There is an overwhelming sense of loss, complicated by fear and anxiety. Although no leader is without their flaws, we must push back against the rhetoric of the right and come to the defense of El Comandante. And there are lessons that we must revisit and heed as we pick up the mantle in changing our world, as we aspire to build a world rooted in a vision of freedom and the peace that only comes with justice. It is the lessons that we take from Fidel.

From Fidel, we know that revolution is sparked by an idea, by radical imaginings, which sometimes take root first among just a few dozen people coming together in the mountains. It can be a tattered group of meager resources, like in Sierra Maestra in 1956 or St. Elmo Village in 2013.

Revolution is continuous and is won first in the hearts and minds of the people and is continually shaped and reshaped by the collective. No single revolutionary ever wins or even begins the revolution. The revolution begins only when the whole is fully bought in and committed to it. And it is never over.

Revolution transcends borders; the freedom of oppressed people and people of color is all bound up together wherever we are. In Cuba, South Africa, Palestine, Angola, Tanzania, Mozambique, Grenada, Venezuela, Haiti, African America and North Dakota. We must not only root for each other but invest in each other’s struggles, lending our voices, bodies and resources to liberation efforts which may seem distant from the immediacy of our daily existence.

Revolution is rooted in the recognition that there are certain fundamentals to which every being has a right, just by virtue of one’s birth: healthy food, clean water, decent housing, safe communities, quality healthcare, mental health services, free and quality education, community spaces, art, democratic engagement, regular vacations, sports and places for spiritual expression are not questions of resources, but questions of political will and they are requirements of any humane society.

Revolution requires that the determination to create and preserve these things for our people takes precedence over individual drives for power, recognition and enrichment.

A final lesson is that to be a revolutionary, you must strive to live in integrity. As a Black network committed to transformation, we are particularly grateful to Fidel for holding Mama Assata Shakur, who continues to inspire us. We are thankful that he provided a home for Brother Michael Finney Ralph Goodwin, and Charles Hill, asylum to Brother Huey P. Newton, and sanctuary for so many other Black revolutionaries who were being persecuted by the American government during the Black Power era. We are indebted to Fidel for sending resources to Haiti following the 2010 earthquake and attempting to support Black people in New Orleans after Hurricane Katrina when our government left us to die on rooftops and in floodwaters. We are thankful that he provided a space where the traditional spiritual work of African people could flourish, regardless of his belief system.

With Fidel’s passing there is one more lesson that stands paramount: when we are rooted in collective vision, when we bind ourselves together around quests for infinite freedom of the body and the soul, we will be victorious. As Fidel ascends to the realm of the ancestors, we summon his guidance, strength, and power as we recommit ourselves to the struggle for universal freedom. Fidel vive!