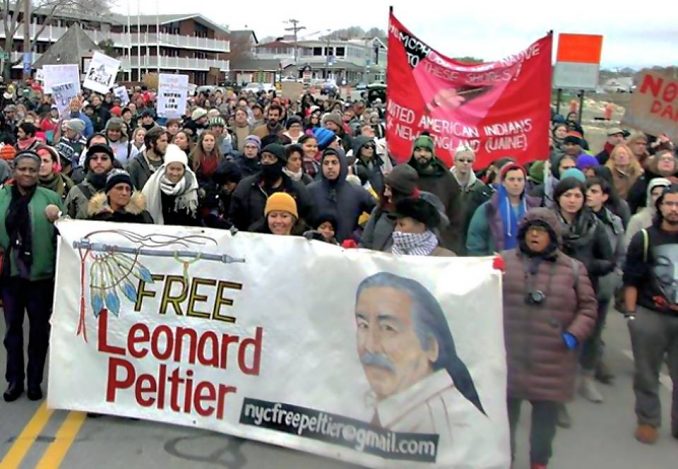 The 47th annual National Day of Mourning organized by the United American Indians of New England was held Nov. 24 in Plymouth, Mass., to debunk the racist myth of “Thanksgiving.” Over 1,000 people gathered in solidarity with the fighting spirit of Indigenous peoples, who continue to resist racist U.S. genocidal policies dating back to Christopher Columbus.

That resistance lives on today, especially in Standing Rock, N.D., where hundreds of Native nations have united since last spring against the building of the multibillion-dollar Dakota Access Pipeline within a four-state radius. The DAPL threatens to poison the water supply of at least 18 million people and desecrate sacred burial lands. Indigenous peoples and their supporters there have endured and resisted unimaginable brutality by militarized police and private mercenaries from such companies as G4S, a global security firm  notorious for human rights abuses.

Another major focus for NDOM is the ongoing struggle to free beloved Native political prisoner Leonard Peltier, who sent a letter of solidarity to NDOM.  Increased efforts are being made to force President Obama to grant clemency for 72-year-old Peltier, falsely imprisoned since 1976 and in failing health.

Following the rally, a spirited march took place before everyone enjoyed a collective feast.