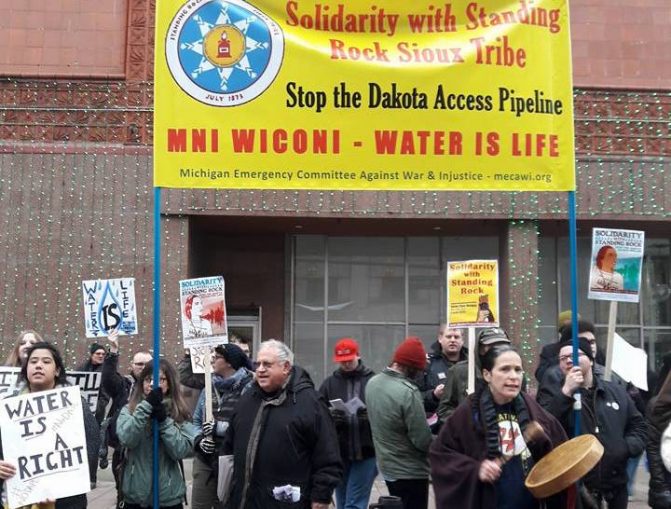 Detroit – Starting early on Thursday morning, Nov. 24, activists came from all over southeastern Michigan to demonstrate solidarity with the Water Protectors at Standing Rock in the midst of the annual “America’s Thanksgiving Parade” in downtown Detroit. Demonstrators were vocal about their disdain for not only the colonialist celebration of the genocide of Native peoples, but also the disregard for the current situation at the Standing Rock camp in North Dakota.

People running the “Turkey Trot” marathon seemed to give positive responses to the demonstrators. Performers in the parade, however, looked as if their spotlight had been stolen, stolen like the land on which their floats glided.

Passersby often joined in, in support of our message in solidarity with the Indigenous struggle to stop the Dakota Access Pipeline. There was a wide variety of age groups among the ranks of the demonstrating activists, with the youth leading most of the chants.