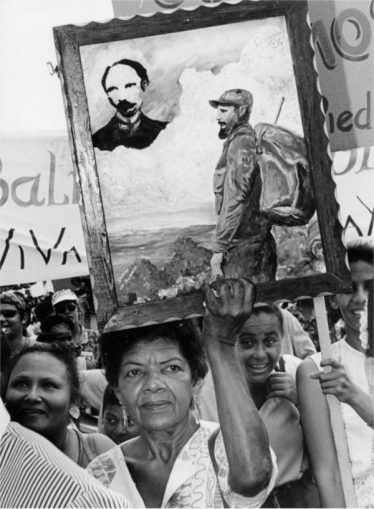 Our hearts go out to the Cuban people and all those who loved Fidel Castro. He changed history in a thousand different ways, all to benefit the many millions who have suffered starvation and abuse under colonialism and imperialism.

His enormous confidence in the struggling masses and their ultimate victory — expressed in his heroic speech to Batista’s court, “History Will Absolve Me” — inflamed young fighters for justice in Cuba and all over the world, from Latin America and the Caribbean to Africa, Asia and the U.S. itself.

He armed the Cuban people with internationalism, solidarity, unity and an iron will to defend their independence and sovereignty. So when Africa called, Cuba answered and helped defeat the scourge of apartheid.

Fidel stormed the fortresses of the brutal servants of the empire at a time in history when U.S. imperialism was riding high. The plutocrats were outraged when he offered new hope for a socialist future just as they were gloating over the anticipated victory of capitalism in the vicious Cold War.

Who can forget Fidel’s defiance at the Bay of Pigs, his great energy concentrated on winning both the military and political battles? It was on April 16, 1961, while U.S. mercenaries were invading Cuba and Fidel was leading the counterattack, that he said for the first time, “The Yankee imperialists cannot forgive us for having made a socialist revolution under their very noses.” The die was cast. Cuba would never go back to capitalist slavery.

Who can forget his ringing speeches to the Cuban people? He meticulously went over the concrete lessons of each new revolutionary initiative and demolished the lies of the parasites, those who had treated the island as nothing but a source of cheap labor and entertainment for the rich. He always spoke truth to power.

And he had such rapport with his audiences! So many shouted-out replies to his questions, so much honest laughter at his well-aimed jokes. He spoke for and listened to the people to a degree few leaders ever achieve.

Fidel had a long and glorious life. We knew his body could not survive forever. But he truly lives on in the hearts and brains of hundreds of millions of people. We mourn his loss today, but we will invoke his name tomorrow and for future generations as we continue to fight for a socialist system to undo the terrible damage capitalism has inflicted on the workers and oppressed and on our entire planet.