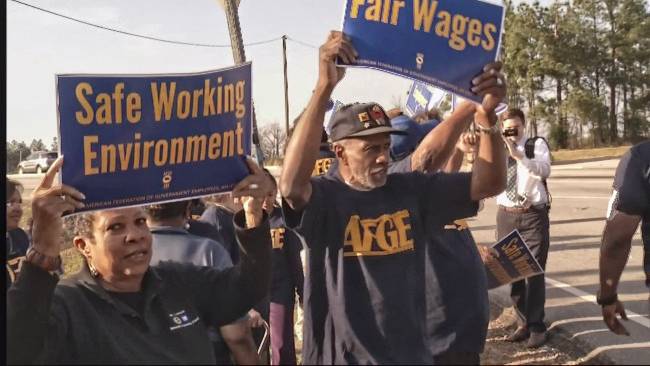 There is evidence that the incoming Trump administration plans to target federal workers, including privatizing the Department of Veteran Affairs, to reduce the size of the federal workforce and substantially cut wages.

Among the right-wing ideologues and advisors to Donald Trump on federal workers is Newt Gingrich, coauthor of the infamous “Contract with America” (more aptly called a “Contract ON ‘America’ “) released by the Republican Party in 1994. It outlined austerity plans to decimate the working class as a whole and to specifically target federal workers.

Gingrich was asked how this change would be managed in an interview with Lisa Rein of the Washington Post. “So there are two groups in Washington on this issue who are initially opposed,” stated Gingrich. “First you have the hard-line federal employee unions. They’re like the teachers union in New York. They are parallels. They are the group, that no matter how sick it is, they have a vested interest in the old order.” (Oct. 19).

Gingrich used the example of short-staffed VA workers in Texas who were forced by management, under penalty of being charged with “insubordination,” to make phony appointments for veterans and then list them as “no-shows.” Instead of placing the blame where it should be — on incompetent and corrupt management officials who received bonuses for the volume of calls received and answered — he blames the workers who are the victims. This scam was finally exposed by an employee whistleblower and led to a shakeup in the agency.

Like sharks smelling blood and going into a feeding frenzy, the ruling class began to use this example to put federal workers further under the chopping block. Paul Ryan, current Speaker of the House, views federal workers as a “privileged class.” When Ryan sat on the House Ways and Means Committee, which determines budgets for federal agencies, he proposed freezing workers’ pay for five years; raising the bar on performance standards; increasing the workload on employees by not backfilling when workers retire, resign or are terminated; and decreasing employee leave time, among other measures.

Ryan’s ideas were copied from the right-wing Heritage Foundation’s “Blueprint for Reform.” Jessica Klement, the legislative director for the National Active and Retired Federal Employees Association, refuted the blueprint: “The report starts with the assumption that federal pay and benefits are overly generous, and not in line with the private sector, and therefore need to be decreased. This assumption is wholly inaccurate. Most federal jobs lag behind their private sector counterparts.” The Federal Salary Council says federal employees are underpaid by an average of 35 percent. (fedsmith.com, July 16)

Trump, however, plans to increase pay and benefits as well as new hires for the National Border Patrol and Immigration and Customs Enforcement in order to carry out his racist and anti-immigrant plans.