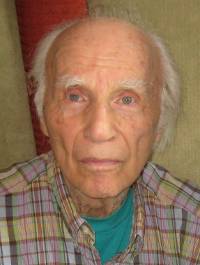 The elections are over. What a hoax and despicable display! Over a year and a half of debate, in which fortunes were spent and lost, and Trump won. This has revealed the undemocratic practices of the U.S. to the world working class. Trump has manipulated the electoral process and seized the real estate of the U.S. for his personal and political fortunes. Will this be a repeat of any of his other speculative projects — casinos, golf courses, hotels? Bankrupt, sold-off or abandoned?

The capitalist infrastructure is crumbling. There is a $20 trillion debt on the U.S. as property. Congress is in gridlock and capitalism is at a dead end, as Comrade Fred Goldstein has explained. The rate of profit has declined over the last decade since the 2008 crash. Disenfranchised whites in the middle class who brought Trump to power are in disarray. To solve the crisis, Trump has unleashed a frenzy of racial hatred, misogyny and “law and order.”

Trump will use the disenfranchised middle class as a battering ram against our multinational sisters and brothers, immigrants and the Black movement fighting against oppression and for their right to self-determination. Trump will support and finance the 1% and aid the monopoly corporate banks, like Goldman Sachs and Wells Fargo, to deepen and widen austerity. He will likely offer the job of Secretary of the Treasury to a Goldman Sachs veteran and Wall Street hedge fund manager.

But the Trump win has unleashed the power and spirit of fightback, particularly among the young and multinational working class, the unemployed and underemployed, who work for starvation wages, including students on campuses in high schools and colleges.

Herein lies the future — building solidarity among our sisters and brothers who are fighting for liberation and self-determination, led by Black Lives Matter, the women’s movement and LGBTQ people. The use of state repression emboldened by Trumpism demands fightback and devising new ways to defend the movement.

The study of Marxism will confirm that our future lies in the fight for socialism.

We encourage young comrades and friends new to the labor movement to join the Party’s Labor Fraction and discuss strategies, experiences and ideas to help lead the party to face this new challenge on the road to socialism.

Neidenberg is a founding member and leading labor organizer of Workers World Party.