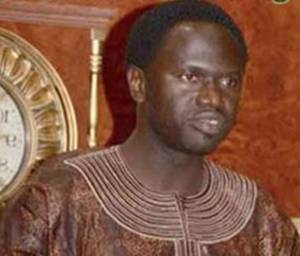 The western African country of Gambia announced on Oct. 25 that it was withdrawing from the Hague-based International Criminal Court, calling the ICC the “International Caucasian Court.”

Gambian Information Minister Sheriff Bojang accused the ICC of the “persecution and humiliation of people of color, especially Africans.”

“There are many Western countries, at least 30, that have committed heinous war crimes against independent sovereign states and their citizens since the creation of the ICC and not a single Western war criminal has been indicted,” Bojang said. (af.reuters.com, Oct. 26)

The information minister specifically noted former British Prime Minister Tony Blair, whom the ICC refused to prosecute for war crimes against the people of Iraq. Gambia was a British colony since the 17th century until 1965 and was a nexus of the genocidal British slave trade for hundreds of years.

Gambia joins Burundi and South Africa as African countries that have recently withdrawn from the International Criminal Court. Since it was established in 2002, the ICC — tasked with prosecuting the most serious crimes that shock the conscience of humanity, namely genocide, war crimes, crimes against humanity and crimes of aggression — has charged only Africans in the six cases that are ongoing or about to begin.

The governments of Uganda and Kenya have announced that they too are considering leaving the ICC.

The conflicts that wrench the African continent today were spawned by centuries of European colonialism, as well as the current oppression and exploitation by U.S. and European banks and corporations. More and more African countries see the ICC, not as an agent of justice, but as simply one more mechanism designed to force the people of Africa to submit to Western domination.

The U.S. government signed the “Rome statutes” that created the ICC but has never ratified it. That is no surprise. From Korea to Vietnam, from Afghanistan to Iraq, millions of people from countries around the globe have suffered death and destruction from Washington’s aggressive war adventures, whether direct or proxy wars.

A former U.S. Air Force judge advocate, now Congressman Ted Lieu, D-Calif., in a letter to both Secretary of State John Kerry and Secretary of Defense Ash Carter, warned that the Pentagon’s support of Saudi Arabia’s horrendous bombing campaign in Yemen constitutes war crimes. “U.S. personnel are now at legal risk of being investigated and potentially prosecuted for committing war crimes. Under international law, a person can be found guilty of aiding and abetting war crimes.” (theguardian.com, Nov. 3)

Lieu points out that not only is the U.S. supplying the planes and bombs to the Saudis, which have killed more than 4,125 civilians in Yemen, including more than 1,121 children, but it is also providing in-flight refueling to Saudi bomber planes. And the U.S. has been supplying the Saudis with dreaded anti-personnel cluster bombs, banned by international treaty in 2008. (thenation.com, Nov. 3)

Justice for the victims of war crimes will never come from minions of the U.S. and European banks and giant corporations that direct and profit from these wars. Only the world’s oppressed and workers can mete out the proper punishment to the Pentagon brass and these merchants of death.