An announcement by President Rodrigo Roas Duterte of the Philippines, made during a state visit to Beijing on Oct. 20, that his country would reorient its foreign policy toward China and away from the United States has opened up the prospect of major infrastructure development in this Pacific islands nation of more than 100 million people. 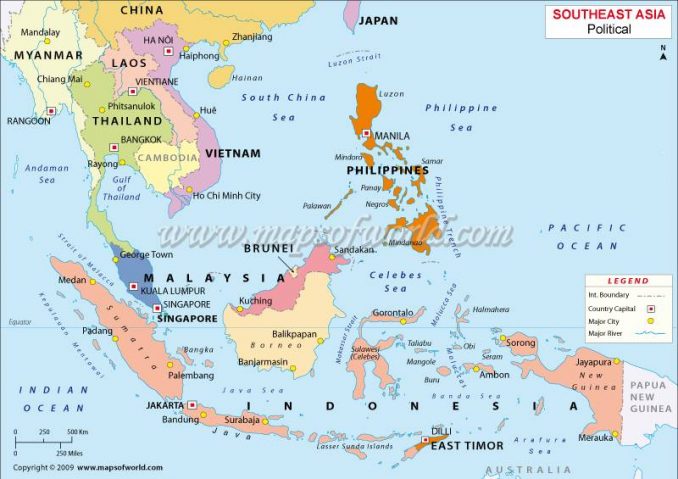 Ever since the U.S. defeated Spain in the war of 1898 and took over its colonies, Washington and Wall Street have treated the people of the Philippines as a source of low-wage labor and their land as a base for military operations in the Pacific. U.S. neocolonial domination over the islands has been absolute in political, economic and military terms, interrupted only by the equally harsh occupation of the Philippines by Japanese imperialism during World War II.

As a result, the Philippines has been mired in poverty and underdevelopment.

In 2006, the National Statistics Coordination Board of the Philippines reported that nearly 29 percent of the population lived on less than $1.25 per day. In 2013, when the NSCB conducted its most recent survey, the percentage living at this level of poverty had barely changed, while the cost of just putting food on the table every day had risen in those seven years from $39 to $127 a month.

In this same period, poverty in many other countries around the world had decreased significantly, especially in China.

The more urban areas in the National Capital Region around Manila have the lowest poverty figures, ranging around 3.9 percent. Many young people who have left to find work overseas send remittances home to their families.

Poverty is highest in the more agricultural provinces. According to the NSCB, the Mindanao Region had the highest poverty levels, ranging from 42 to 47 percent. Duterte was a mayor and congress member from Mindanao before becoming president.

So it should be no surprise that there is much enthusiasm among the people of the Philippines for Duterte’s visit to China and the resulting agreements in infrastructure development, trade and other economic areas.

Duterte has support — but not on Wall Street

But in Washington and on Wall Street, the reaction is dismay and increasing hostility, even when cloaked in diplomacy. There are dire warnings that Duterte’s statements about pivoting toward China and away from the U.S. will bring economic ruin.

CNNMoney on Sept. 24, in a segment entitled “This industry is freaking out over the Philippine president’s anti-U.S. rhetoric,” reported that Duterte’s comments “sent a shudder through industries that rely heavily on the U.S. market, particularly the big business of handling call center work and other tasks for American companies.” The implication is that these U.S.-owned call centers will go somewhere else if the owners are angered by the government’s attitude.

What it doesn’t mention is that the centers pay people in the Philippines wages far below those in the U.S.

CNN quotes a senior State Department official, Daniel Russel, as saying after a meeting with the Philippine foreign minister that Duterte’s remarks have fueled growing concerns in “corporate boardrooms.”

CNNMoney speaks to bankers and business people. In other U.S. media oriented to the general public, the attacks on Duterte have centered more on his blunt style and his relentless campaign against drugs, in which many accused drug lords have been killed by police. No mention is made, of course, of the fact that U.S. prisons are full of people convicted of nonviolent crimes connected to drug possession and that many police killings of people of color allegedly involve drugs.

Nor is anything being said in the media here about what plans the Pentagon and other U.S. agencies of violence and repression may be discussing in response to Duterte’s move. But history has shown that the U.S. political establishment has no respect for sovereignty or peaceful negotiations when it considers the core interests of the imperialist ruling class at risk.

However, there is a mitigating factor against the U.S. resorting to violent intervention to bring the Philippines more securely back under its control.

It is the fact that there has long been an armed as well as a civil anti-imperialist opposition in the Philippines that enjoys much support among the masses. Should the U.S. move too directly or violently to thwart the direction now being taken by Duterte, the resulting reaction of the people could spiral out of U.S. control.