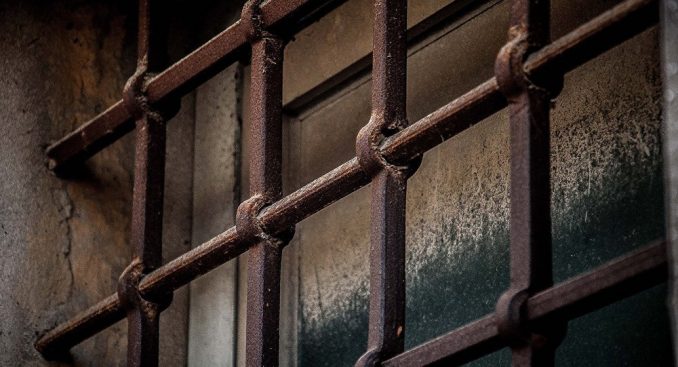 “You’d have to be crazy to bathe in that water,” a SCI Mahanoy prison guard told Mumia Abu-Jamal after seeing the black, foul-smelling water filling his sink. Yet the toxic water plaguing Mahanoy and other Pennsylvania prisons  has left prisoners no option other than to use the water or not bathe at all.

For prisoners, including Abu-Jamal, who has untreated hepatitis C, the toxic water exacerbates existing health conditions. He suffers from excessive itching linked to hep C.

Department of Corrections officials have done little to remedy the water crisis, claiming they are “fixing it” and periodically rationing bottled water. Mahanoy prisoners receive three cups of water daily with meals.

From SCI Frackville prison, Major Tillery, a prisoners’ advocate, wrote Oct. 12: “We haven’t had clean water here for over four months. The water is brown and smells. The guards drink bottled water. We complained and first were told nothing was wrong. Then for three days, a month or so ago, prisoners were given a gallon of bottled water a day. Since then, it’s back to drinking and showering in dirty water.”

Is coal the culprit?

While Mahanoy and Frackville prisoners recently sounded the alarm, other Pennsylvania prisons’ water and air contamination problems go back years.  At SCI Fayette in La Belle, Pa., prisoners and guards reported serious health concerns in 2010, including shortness of breath, dizziness, and body sores and tumors.

Prisoners, guards and La Belle residents have experienced alarmingly high rates of kidney, thyroid and breast cancers, reported Vice magazine in May 2015. Fayette prison was constructed atop a coal mining site; its coal ash dump produced fine-particle residue that drifted into the town and prison. Coal ash contains toxic and carcinogenic chemicals; 3.4 million tons of it is still deposited annually near the site. Two coal slurry ponds, suspected of contaminating drinking water, increased the cancer risk to 1 in 50 residents.

The Schuylkill County Municipal Authority (SCMA) provides water and sewer services for most of the county and appears to be the provider for Frackville and Mahanoy, though the DOC won’t confirm this.

Explosives that blow up mountainsides often leave chemical tracers. Coal preparation and coal washing employ a “chemical bath” to separate coal from other minerals, leaving behind toxic, chemical-laced wastewater. It is often stored in dams and slurry ponds, which can break, flooding and polluting groundwater aquifers. Black, oily coal wastewater is also stored in underground wells that leak and contaminate groundwater.

Abandoned mines are sources of acid mine drainage (AMD) that occurs when pyritic material reacts with water and oxygen. AMDs acidify water, helping heavy metals dissolve, which are then discharged into rivers. High levels of AMDs exist in Schuylkill River tributaries.

Prisoners at West Virginia’s South Central Charleston Regional Jail were not notified when a tank holding a coal preparation chemical spilled into the Elk River, contaminating water for 300,000 people in 2014. Uninformed, they bathed and drank the toxic water. Prisoners who protested were beaten and thrown into solitary confinement.

Water tested positive for the carcinogenic toxin chronium-6 at Montgomery County’s SCI Graterford prison. This was linked to leakage of fire retardants used at Naval Air Station Joint Reserve Base into sources of county drinking water.

With rural Pennsylvania factories closed, leaving hundreds of thousands of workers unemployed, the state’s solution was to build prisons there. They were often built on or near coal production sites or in areas fracked for natural gas, creating health problems for residents and prisoners alike.

The state Department of Environmental Protection, Health Department and DOC won’t acknowledge or clean up the water and air crises created by energy extraction operations. Only when activist groups like the Abolitionist Law Center, Pennsylvania’s Human Rights Coalition and the International Concerned Family and Friends of Mumia Abu-Jamal coalition challenge prison authorities can any real change happen.

ICFFMAJ recently demonstrated about the water crisis outside state prisons, and has called for a Dec. 9 mass mobilization in Philadelphia on this issue and more. For information, contact [email protected]