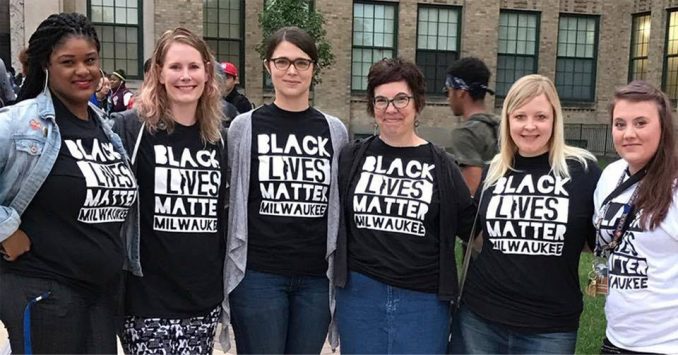 More than 100,000 students, educators, parents and supporters participated in a National Day of Action for Public Education on Oct. 6. They represented 2,000 schools in more than 200 communities, reported the American Federation of Teachers and the National Education Association. A variety of actions took place, but most were “walk-ins” — where public school educators and their supporters gathered to picket and rally before entering their schools for work.

In Milwaukee, educators, parents, children and community members at more than 100 public schools joined walk-ins sponsored by the Milwaukee Teachers Education Association. Wisconsin has faced severe austerity cuts to K-12 elementary and high schools, as well as in higher education.

The city of Milwaukee was used as a laboratory in the late 1980s and early 1990s to implement charter and voucher schools. It is now a majority Black and Brown city. Like Chicago and Detroit, the city is facing increasing racist attacks from a right-wing governor and a legislature controlled by Wall Street and reactionary foundations.

But public educators’ resistance to attacks on self-determination for oppressed communities in majority-of-color cities is growing. Detroit teachers held a citywide sickout in the last school year. Chicago educators are gearing up for another strike. And in Milwaukee there have been mass walk-ins and other forms of resistance, including a rebellion by Black youth in August.

The same week in which the school walk-ins took place, mass labor and community resistance caused Milwaukee’s Board of Zoning to deny a special use permit to Right Step Inc., a military-style voucher school.

The school had plans to base itself in a vacant Milwaukee Public Schools building in the Riverwest community. The right-wing, racist Bradley Foundation has given hundreds of millions of dollars to the drive to privatize public schools and helps to fund the Wisconsin Institute for Law and Liberty, of which Right Step Inc. is a client.