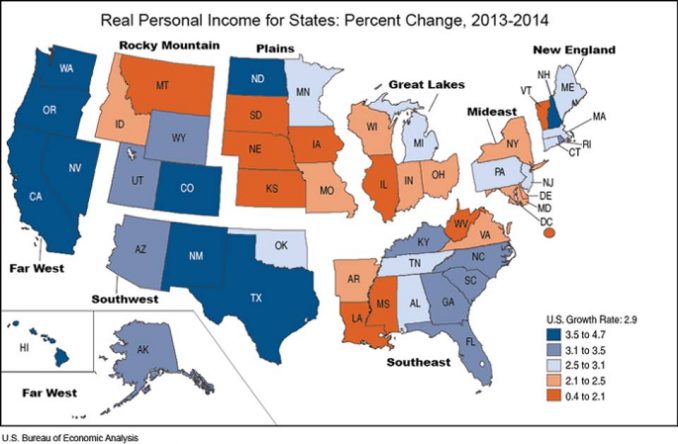 Figures released by the U.S. Census Bureau on Sept. 13 showed a sharp rise in the median income from 2014 to 2015 and a drop in the poverty rate. The median income is the point at which half of all incomes fall below it and half above.

Over the past two weeks literally thousands of articles, analyses and reports have been devoted to examining these figures, their limitations and the sectors of the U.S. population whose situation is better or worse. This is done mainly in light of the upcoming elections.

The Democratic-leaning pundits have been careful to point out that while this reveals a significant improvement, real incomes were still a bit below where they were in 2007, when the financial crisis started. Their bourgeois opponents point to all the weaknesses that still exist in the economy and its lackadaisical growth.

The general consensus was that this improvement was due to “expanding the social safety net,” according to New York Times columnist Paul Krugman, “to increase purchasing power and sustain demand.” The economy has been sputtering along, but a bit faster.

However, something else has been going on over these past three years that all these bourgeois economists and analysts want to discount, minimize and discredit.

Millions of people, in thousands of demonstrations and all forms of protest, have been in the streets demanding “$15 an hour and union protections.” Thousands were arrested and hundreds lost their jobs. Their victories were diffuse and sporadic, with many jurisdictions enacting a $15-hour minimum wage — but with a fairly distant goal. For example, in the city and county of Los Angeles, as well as in Mountain View and Emeryville, Calif., legislators approved an increase to $15 — but it will fully phase in only between 2018 and 2021.

However, all this struggle in the streets has had an impact beyond the laws that were passed. According to the National Employment Law Project, “at least 23 employers increased their minimum pay to between $14 and $16 per hour.”

If you look at a map prepared by the Bureau of Economic Analysis, part of the U.S. Commerce Department, that shows income increases by state, you can see that the highest rate of income growth occurred in California, Oregon and Nevada. These states make up the region the BEA calls the Far West, and the gain there was between 4.8 percent and 6.3 percent, well above the national growth rate of 4.4 percent. The map can be found at bea.gov/newsreleases/regional/rpp/rpp_newsrelease.htm.

The Far West is where the Fight for $15 has had its biggest impact and major successes. It also has a high level of unionization. Class struggle for better wages and working conditions does pay.