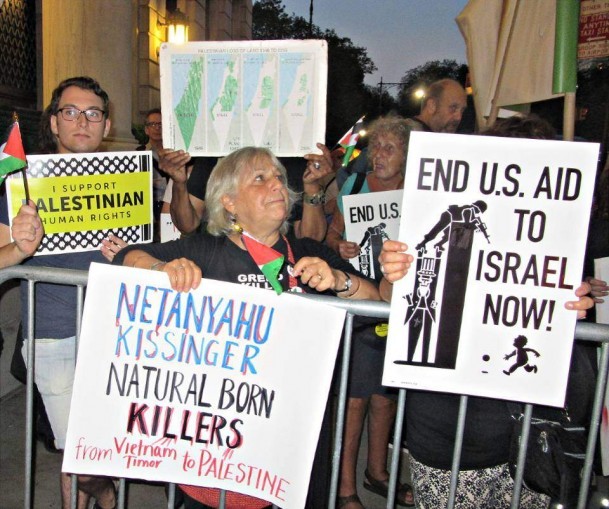 The think tank bestowed its 2016 Herman Kahn Award on Netanyahu — who ordered the military assault that killed 504 Palestinian children in Gaza in 2014 — “for signal contributions to global security and diplomacy.”

The late U.S. military strategist Kahn, who founded the Hudson Institute, argued during his lifetime that nuclear war was survivable. He was a model for the title character in Stanley Kubrick’s 1964 movie “Dr. Strangelove.”