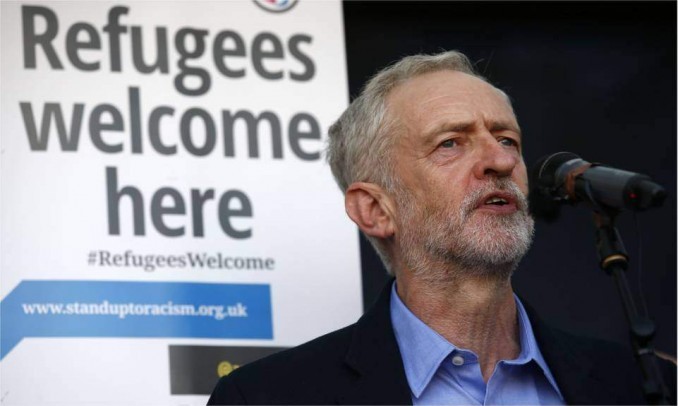 The Sept. 24 inner-party election gave Corbyn 62 percent of the total of more than 500,000 votes. This outdid his surprise victory a year ago, when he received 60 percent.

Corbyn’s landslide re-election is a healthy antidote to the anti-immigrant Brexit vote of June, pushed by the Conservative Party. His victory shows that a large section of the masses in Britain — which now has a broad, multinational working class — is ready to break out of electoral politics that have offered Labourites only a choice between right and center tendencies and instead support a left alternative.

Labour is a social democratic party that historically has delivered benefits to some of the workers without challenging capitalist rule or British imperialism. In the 1990s, former Prime Minister Tony Blair’s “New Labour” — something like Bill Clinton’s centrist grouping in the Democratic Party — pushed the Labour Party far to the right.

Generally, members of the Labour Party in Parliament have been to the right of the party’s members or constituents. But Corbyn, a longtime member of Parliament, has always been at the far left of the Labour Party. Not only did he oppose all austerity and denationalization programs, he supported rights for lesbian, gay, bisexual, transgender and queer communities; opposed the war on Iraq and NATO’s 2011 attacks on Libya; spoke out against Israeli attacks on Lebanon and Gaza and in solidarity with refugees and immigrants.

His surprise victory in the inner Labour Party struggle in September 2015 sent a shock through British politics. It was similar to what might have happened if grass-roots support had won Bernie Sanders the Democratic Party nomination in the United States.

The British corporate media, all the Conservative (Tory) Party politicians, some generals and 210 of the 230 Labor members of Parliament (MPs) immediately ganged up on Corbyn. Those who didn’t call him a traitor said he was too far left to ever win a general election and predicted his defeat.

But workers, youths, people from the Muslim and Caribbean communities and hundreds of thousands of new Labour Party members joined the struggle to support Corbyn because he represents what they want.

A leftist newspaper called Red Flag, produced within the Labour Party, evaluated the Sept. 24 vote: “Jeremy Corbyn’s overwhelming victory now presents the possibility of consolidating Labour as a left-wing socialist party — a task that means there is no room for compromise with the right wing. …

“We have secured a convincing victory because the vast majority of the Labour Party — and millions of working-class supporters — want to see a committed and credible alternative to austerity, in Parliament and on the streets.”

Marxists know that even a principled Labour Party leader cannot simply use an elected post to overcome the power of those who control the enormous banking, media, police and army power of British imperialism, including the monarchy. They must also organize outside the electoral arena.