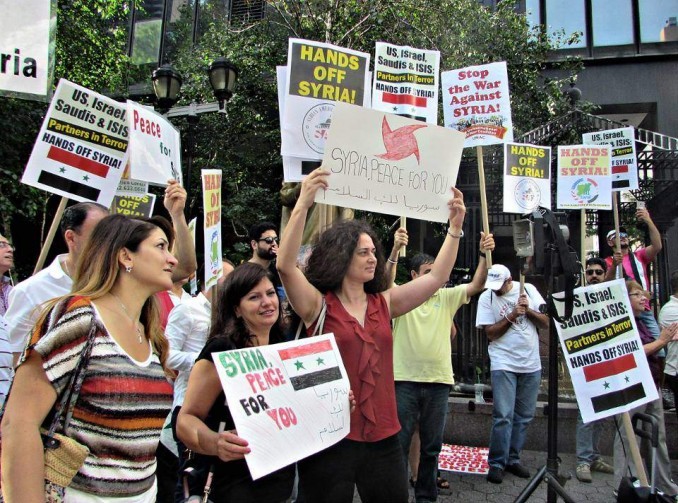 Syrian Americans from across the Northeast were joined by anti-war activists at a protest outside the United Nations General Assembly in New York Sept. 21. They chanted “Hands off Syria!” and held a moment of silence for Syrian Arab Army troops massacred by Pentagon aircraft on Sept. 17. They also demanded an end to U.S.-NATO support for contra “rebels” and the Islamic State group.

There was loud agreement from the crowd when International Action Center Co-Director Sara Flounders declared, “We need money for jobs, education and hospitals right here, not for war against Syria.”

The action was organized by Syrian American Will Association, Syrian American Forum, Arab Americans for Syria and the IAC, and endorsed by the Peace Council of New York and New Jersey, People’s Organization for Progress, United National Antiwar Coalition and Veterans for Peace Chapter 21-NJ.