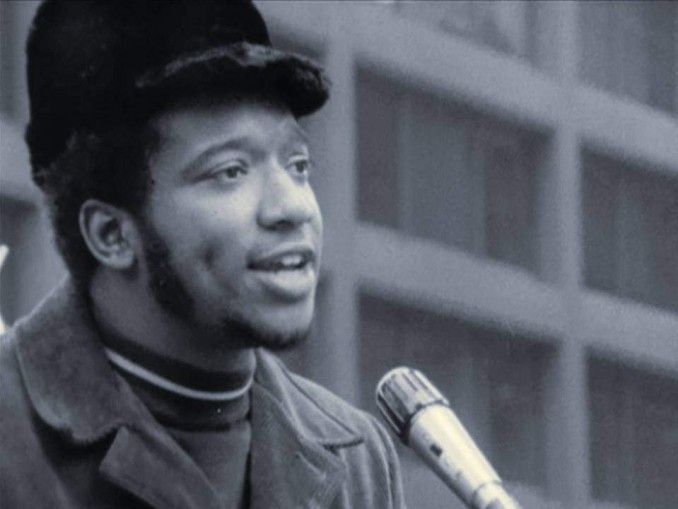 Fred Hampton Sr., a dynamic leader in the Black Panther Party, was born August 30, 1948, and was assassinated in Chicago in 1969 by the U.S. government in one of its infamous Cointelpro raids. He was 21 years old.

Every year on Aug. 30, his son, Chairman Fred Jr., throws the Streetz Party, a celebration of his father’s life and work.

Fred Hampton Sr. was chair of the Illinois chapter of the Black Panther Party and deputy chair of the national BPP. During his short tenure on Chicago’s West Side, he built the party up as a powerful revolutionary organization that successfully implemented BPP’s survival programs and political education classes while uniting Black, Puerto Rican and white street organizations into a “Rainbow Coalition.”

Illinois State’s Attorney Ed Hanrahan and Chicago Mayor Richard J. Daley colluded with the FBI to carry out covert Cointelpro actions against the BPP.  A Chicago Police Department death squad broke in on Hampton asleep in his Monroe Street apartment in the early morning of Dec. 4, 1969, and slaughtered him and Defense Captain Mark Clark. Hampton would have been 68 this year.

As in years past, the Streetz Party began with a silent salute, arms raised, fists clenched, at Ground Zero, the location of Hampton and Clark’s martyrdom. Speaking after the salute were Comrade Mother Akua Njeri (Chairman Fred Sr.’s partner) and Black Panther Party veterans Stan McKinney and Harold Bell.

Chairman Fred Jr. shared his thoughts on the legacy of the party:

“One of the programs that I got a real thing about is the triple ‘C’ — that’s Children, Community and Cubs. We have the most disenfranchised neighborhood and we go out there and we correlate to the Black Panther Party Free Breakfast Program. A lot of people don’t see the significance of the Free Breakfast Program. There was even internal struggles in the Black Panther Party from certain forces saying, ‘Man, what’s the point about this? What’s the significance of the survival programs?’

“I hear people talk about the youth, but they say it in an abstract type of way. I’m learning more and more through my life, more and more through the work. Correlating to what Frederick Douglass said: It’s easier to raise children as opposed to repairing broken adults. A lot of what people call relationship problems are not relationship problems, they are unresolved childhood problems that people have. And organizationally, I see it all the time. And it impacts every aspect of our community, and the state exploits that. I mean, we all damaged goods. All of us. Anyone who says they not damaged, they really fucked up. Real talk.

“But to be able to take that, and to understand, there must be a politic and a structure to gauge it and range it. But not with this abstract, delusional thought that once you have a conversation with an individual, you give them some green juice [and] you gonna cleanse all their past damage away.

“We must acknowledge we have contradictions, and acknowledge it on our terms, so the state can’t exploit it and make it antagonistic, y’all. And I cannot stress this enough, the contributions that [the Black Panther Party], this organization, these forces, provided for our people, it can’t be told into words.”

The celebration marched from Ground Zero to The Wall, a Rebel Díaz Arts Collective mural of Chairman Fred Sr. at Madison and California. There the Streetz Party continued in the parking lot with DJ’s, a BBQ and free haircuts for youth.