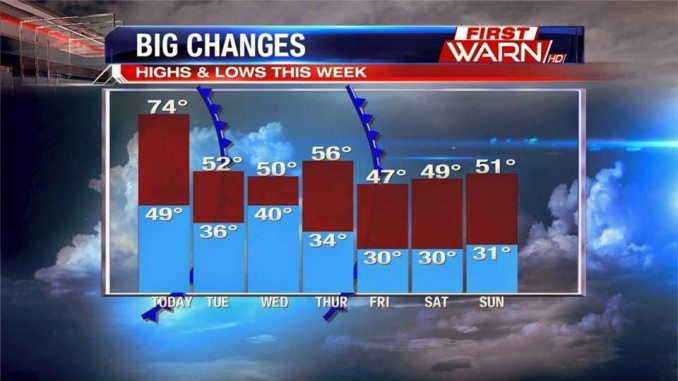 A nice day comes along, the sky is blue, the temperature moderate, and it’s tempting to stop thinking about global warming. This fool’s paradise soon gives way to reality.

In just two centuries, the tempestuous, unplanned growth of capitalism has transformed the globe. Its insatiable need for raw materials, markets and cheap labor has spawned two world wars and hundreds of smaller ones. Now another horrible downside of this global transformation is threatening both us humans and our entire environment.

Is there a way out? What sounded like good news was announced along with President Barack Obama’s visit to China. The two countries will ratify the Paris climate agreement. But read the small print.

China’s leaders and legislature had already endorsed the agreement and have set in motion environmental measures that go beyond the Paris accord.

An article in the March 1, 2016, issue of New Scientist, a British publication, reported:

“China is surging ahead in switching to renewables and away from coal in what its officials say will allow it to surpass its carbon emissions targets.

“The country’s solar and wind energy capacity soared last year by 74 and 34 percent respectively compared with 2014, according to figures issued by China’s National Bureau of Statistics yesterday.

“Meanwhile, its consumption of coal — the dirtiest of the fossil fuels — dropped by 3.7 percent, with imports down by a substantial 30 percent.

“The figures back up claims last month in Hong Kong by Xie Zhenhua, China’s lead negotiator at the U.N. climate talks in Paris last December, that the country will ‘far surpass’ its 2020 target to reduce carbon emissions per unit of national wealth (GDP) by 40 to 45 percent from 2005 levels.”

China surpassed the U.S. in greenhouse gas emissions in 2006, at the height of its industrial growth. But it has four times the population of the U.S., making it still much, much lower in emissions per capita. The greenhouse gas that has accumulated in the atmosphere over decades comes overwhelmingly from the U.S. and other industrialized capitalist countries.

Obama, in contrast to the Chinese, comes back home with no guarantee that he can get Congress to ratify the Paris agreement. As usual, “democracy” in the form of an elected legislature is being blamed for the congressional stalemate and inertia. But what kind of “democracy” is it that is so corrupted and manipulated by big money?

The U.S. political system is not a democracy in any real sense. It’s a plutocracy. And the plutocrats are willing to see the planet rot if that enhances their bottom line.

Democrats like Al Gore have come up with schemes to appeal to those, like himself, whose fortunes come from oil companies and other polluters. (The Gore family money comes from Occidental Petroleum.) They try to sell the idea that there’s money to be made from switching to renewables. And maybe there is, for some. But most of the super rich in the U.S. haven’t bought it. They are the moneyed interests behind the seemingly know-nothing legislators. For them, it’s a no-brainer. Profits today trump saving the planet tomorrow. (Did we say Trump?)

So, no good news? Well, there is substantial hope. Anti-capitalist sentiment is growing, fast. The young, who must live in the world of tomorrow, are breaking away from all the old fears and prejudices. They made up most of the 400,000 who marched in the historic People’s Climate March in New York two years ago, many carrying signs and banners attacking capitalism.

Socialism versus capitalism also attracted a huge following to the Bernie Sanders campaign before he was pulled into supporting Hillary Clinton. It wasn’t a revolutionary movement, but it showed a rising anti-capitalist consciousness after decades of capitalist conformity.

The struggles of oppressed peoples against racist police and against the North Dakota oil pipeline are also anti-capitalist, going up against the capitalist state and the polluting corporations.

Hope for the planet rests on the generalizing of all the struggles of the workers and oppressed to bring down this greedy, unjust system.