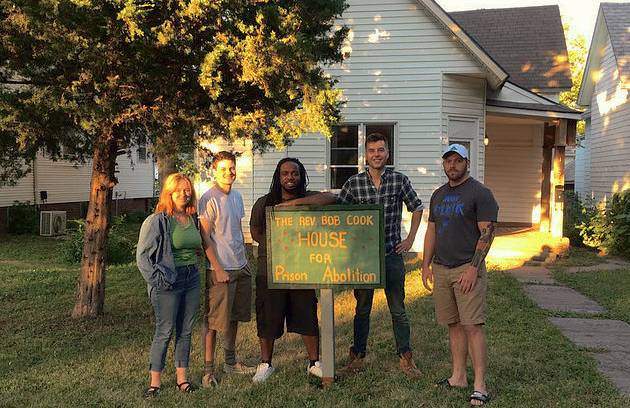 The Des Moines Workers’ Alliance protested the city’s eviction of homeless camps by “evicting” the city officials responsible on Aug. 29.

Community Development Director Phil Delafield and Deputy Zoning Enforcement Officer SuAnn Donovan are “responsible for the evictions” in several locations around the city, according to a DMWA public statement.

DMWA members posted an “eviction notice” on the door of Delafield’s home on the day the camps were to be cleared. The group says there is a “strong correlation between the location of evictions and the City’s development deals with wealthy private interests.”

DMWA was founded by Sofia Mattson, Conor Murphy, Jack Petsche and Patrick Stall earlier this year to build “working class power to defend against bosses, landlords and political elites.” Since then DMWA has expanded to general members and dozens of others engaged in their organizing.

According to the official aims of the DMWA, “We demand an end to the division of common people based on race, gender, sexuality or other categories. Common people have common interests, which can and should be worked on collectively.”

DMWA Communications Officer Conor Murphy told WW, “At the moment, we plan on continuing to put pressure on the city to end homeless evictions and create a real solution to Des Moines’ housing crisis.”

Promoting one such demonstration at the Parks and Recreations building at 1551 E. Martin Luther King Parkway on Aug. 22, DMWA said, “There are more than enough vacant houses in Des Moines — abandoned, foreclosed on, or forgotten — than people without homes. We refuse to live in a city that brutalizes its homeless citizens while buildings sit empty.”

The DMWA is also “building prison networks inside and outside and hopes to find ways to put pressure on the prison system through direct means.”