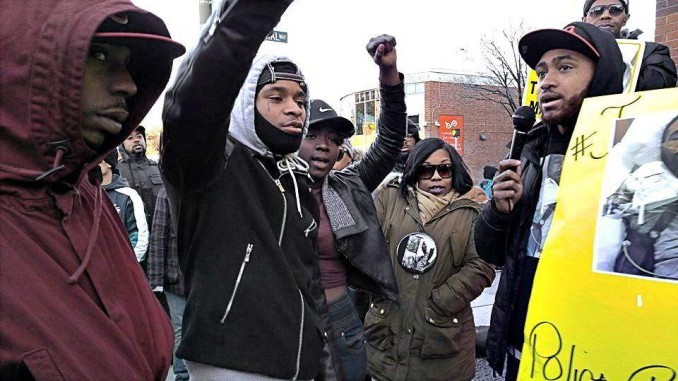 A Baltimore jury heard the cry for justice from family and community in the case of 24-year-old Aaron Winston. A Black dock worker, Winston was brutalized by police on Feb. 21 at Power Plant Live, a collection of bars, restaurants and other businesses in gentrified downtown Baltimore’s Inner Harbor.

After severely injuring him, the cops charged Winston with multiple counts of assault, resisting, obstruction, disorderly conduct and failure to obey an order. On Aug. 17, the jury found him not guilty of all charges.

Winston’s family, with support from the People’s Power Assembly and Baltimore Southern Christian Leadership Council, has held many press conferences, pickets and leaflet distributions to build public support for the young worker, whose arm had been pulled out of its socket and broken in two places.

The jury decision came just a week after a scathing validation by the Department of Justice of the Black community’s decades-long complaints of racism and brutal repression at the hands of Baltimore cops.

A civil suit for damages, including payment of $90,000 in medical bills, is planned.