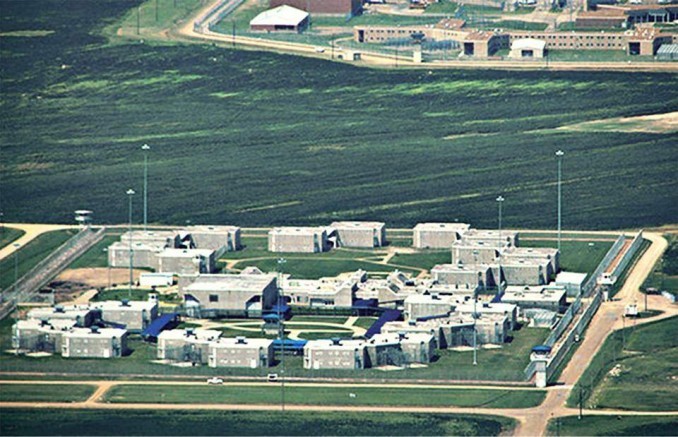 Mississippi Penitentiary – Parchman Farm known for its role in the repression of the Civil Rights Movement.

Mississippi’s prison population, long ranked as one of the highest per capita in the U.S. and the world, has undergone a marked decline as state and federal sentencing reforms have kicked in. Between 2014 and 2015 the prison population in Mississippi shrank by almost 3,000 inmates, reducing it to 18,845 as of January 2015.

Such a giant reduction should be cause for celebration among Mississippi residents and officials. However, a series of articles in the Clarion-Ledger newspaper of Jackson, Miss., reveal that municipalities across the state have been thrown into financial crisis as the decline in inmates reveals how much of the state’s economy relies on mass incarceration and prison slavery.

The wave of mass incarceration that began in the 1990s, set off mostly by policies enacted by former President Bill Clinton, caused such a huge growth in the prison population that state and federal corrections departments had to scramble to find space to house them. A whopping 544 new prisons were built across the country between 1990 and 2005 to warehouse hundreds of thousands of mostly nonviolent and disproportionately Black and Latinx offenders. That’s another new prison built every ten days for 15 years. (Politifact.com, July 31, 2015)

In Mississippi, state prisons became so overcrowded that by the late 1990s the state Department of Correction began paying municipalities to hold its inmates. County prisons and jails sprang up throughout the state as shrewd politicians and private contractors saw big profits to be made off legalized human trafficking.

The state government provided the counties $29.74 per inmate per day for housing costs and guaranteed to keep the county facilities at a minimum of 80 percent capacity. On top of that, county prisons could put the inmates to work. (MemesisLaw.com, April 18) This guaranteed stream of workers can be paid super exploitation wages, if they receive any wages at all, and are prohibited from unionizing or going on strike.

Since at least the late 1990s, prisoners have been forced to work for little or no pay — or be given the “choice” of rotting in a cell. In Mississippi, they perform such services as garbage collection and street cleanup, as well as carpentry, painting, plumbing and welding at municipal buildings and repairing municipal vehicles. “I don’t think it necessarily started out this way, but the inmate population has become the backbone of some of these counties that are involved,” said Mississippi Corrections Commissioner Marshall Fisher. (HuffingtonPost.com, April 14)

Now, as Mississippi’s incarceration rate falls, state prisons have more space available to hold the prisoners they had been shipping off to county facilities. And as the state Corrections Department starts taking its inmates back, counties whose local economies grew to be dependent on the prison-industrial boom are searching for ways to fill the void. “We can’t go very long before we’re deep in the hole,” said Stone County Supervisor Dale Bond. According to Bond, both Stone and George counties have already each lost 80 of their inmates, costing each county $72,000 per month. (clarionledger.com, April 8)

Fisher has offered to allow counties to keep their state inmates, on the condition that they forfeit the per diem payments they had been receiving from the state. According to Scott County Sheriff Mike Lee, “It was a tough decision, but we decided we couldn’t afford to do without the inmate labor.” In other counties, especially where prisons built during the incarceration boom of the 1990s are still being paid for today, layoffs and tax hikes will be enacted to recoup the losses.

Sentencing reforms undoubtedly benefit thousands of victims of the racist U.S. “justice” system, and should be supported on those grounds. But no amount of reform will ever be enough to repair the damage wrought by racist mass incarceration and prison labor super exploitation. Only a total transformation of society into one that values workers and the oppressed over profits can truly right this wrong.