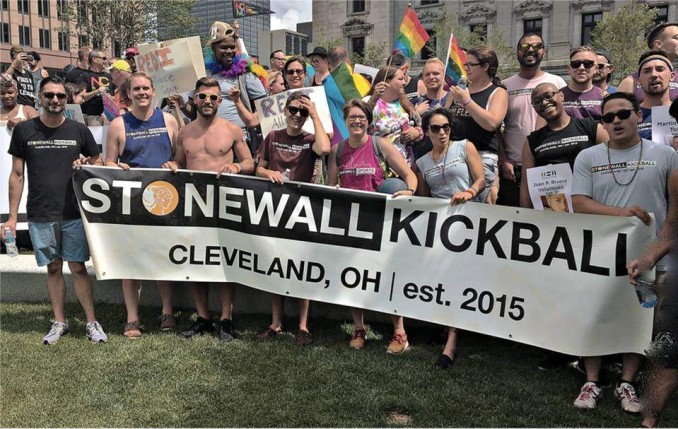 The trend of business-oriented LGBTQ Pride celebrations around the U.S. was overcome in Cleveland, at least for 2016. After 27 years of continuous Cleveland Pride festivals and marches, the corruption at the nonprofit Pride Cleveland was so great that the business owner who had taken it over abruptly canceled the whole event on Aug. 23, claiming vague and unsubstantiated security threats.

The response of the greater community was swift and decisive. The Cleveland LGBT Community Center, along with 18 other groups and organizations, put together their own march and festival in two weeks’ time. In fact, for the first time in more than 20 years the event was called a “march” and not a parade.

The focus was on responding to the bloody hate crime at the Pulse Nightclub in Orlando Fla., with pride and determination, and to continue the fight for full civil rights for everyone in the LGBTQ movement. There were no shopping or FBI recruitment booths this year. There was dancing, laughing and local musicians. Of course, the organizers made nice with the Cleveland Police Department, but many participants knew that we must organize ourselves to defend ourselves and our interests.