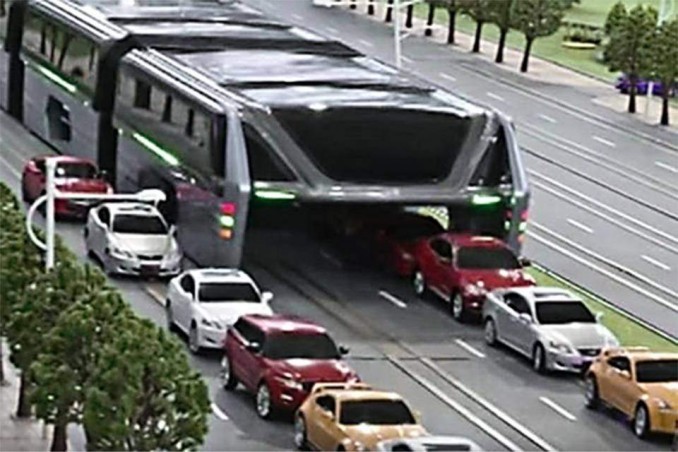 Any meaningful efforts to limit carbon dioxide emissions, the main cause of global warming, must deal with the issue of public transportation. According to a recent study by Environmental Defense, U.S. automobiles and light trucks are responsible for nearly half of all greenhouse gases emitted by automobiles globally. Yet little is being done in this country to upgrade, or even maintain, the mass transit systems that people need if they are to cut back on using cars.

Where is the great spirit of innovation and commitment to overhaul the infrastructure that is so needed to deal with the monumental problem of global warming? It is certainly not in the U.S., where politicians beholden to the ruling class commit trillions of the public’s money to the empire’s far-flung military and repressive police — and peanuts to mass transit.

But take a look at the other side of the globe and there is hope. In China, a country just a few generations ago mired in poverty, the government has committed vast sums to the development of a modern, energy-efficient infrastructure.

Here is just one small example of what China is doing to improve transportation and combat global warming.

Some six years ago the concept of the Transit Elevated Bus was first made public. This Aug. 2, a prototype of the TEB was tested in the city of Qinhuangdao in northern China. It will take another year of tweaking before the buses will be introduced in other cities, but already the TEB is considered a success.

The Transit Elevated Bus is an entirely new concept. It not only moves many more people than traditional buses, but it can relieve congestion in other ways, too. The bus actually straddles two lanes of traffic, so cars can flow under it as the bus stops for passengers. It is very large: 72 feet long and 26 feet wide, and the mid-portion sits 16 feet above the roadway. Each bus can hold 1,200 people — 40 times the capacity of older buses. The bus stops are elevated and the bus runs on a track. It is powered by municipal electricity and solar power, thus adding much less CO2 to the atmosphere than other forms of transportation.

Basically, this bus does what subways and elevated trains do — relieves surface congestion — but at a much lower cost. Especially when a city already exists, it is enormously difficult and expensive to dig out the miles of underground passages needed for a subway. Installing the additional infrastructure for the TEB — tracks along the side of the road and raised bus stops — is a much simpler job. The company building the TEB says that while the average cost of subway construction is $100 million per kilometer, the TEB will cost one-fifth that.

The capitalist rulers of Europe and the U.S. have prided themselves on their countries’ scientific-technological development and innovation. Even more than that, they have promoted a racist, classist view of the rest of the world to justify their predatory and violent chase after raw materials and cheap labor. The Chinese people have not forgotten the days when, in the Western-controlled areas of their port cities, signs went up reading “No dogs and Chinese allowed.”

Imperialist, capitalist arrogance still exists, but a century of anti-colonial and pro-socialist uprisings and revolutions has exploded the myth of Western superiority.

When a country like China can raise 800 million people out of poverty in one generation and at the same time develop a cutting-edge scientific-technological infrastructure, it’s time to give credit where credit is due — to China’s great revolution, led by communists, that liberated the world’s most populous country from imperialist domination and created a state capable of organizing the country’s resources to take on the greatest challenges of the modern era.