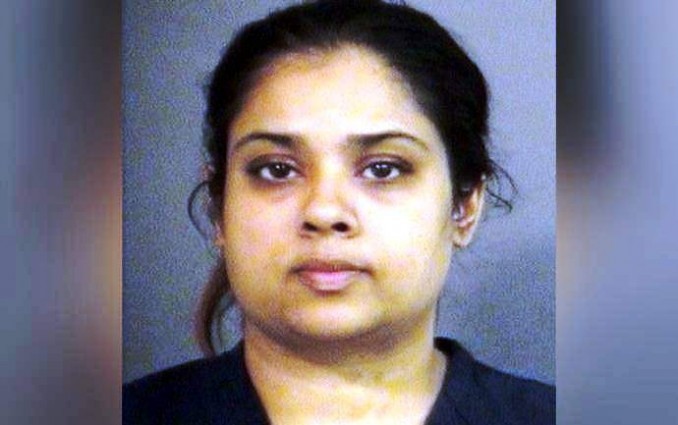 Purvi Patel’s 20-year sentence for “feticide” was overturned by the Indiana Court of Appeals on July 22. Ruling there was no evidence that lawmakers “intended the feticide statute to apply to pregnant women,” the court vacated the feticide charge against the 35-year-old South Asian-American woman.

The second charge against Patel of child neglect remains, though the court lowered it from a Class A felony neglect of a dependent to a class D felony and remanded the case back to the trial court for re-sentencing. Patel, who was originally sentenced to 20 years on March 30, 2015, and could now be sentenced from six months to three years, has already served 16 months.

The charge of child neglect hinges on the prosecution’s insistence that the fetus, estimated to be 25 to 29 weeks at the time Patel miscarried on July 13, 2013, took a breath and was therefore able to survive outside the womb. But Patel, who took pills ordered online prior to the miscarriage, testified that it was stillborn.

However, the prosecution used the 17th century “lung float test,” debunked since the 1980s as junk science by the medical establishment, to conclude that the fetus took a breath. Despite Patel’s lawyers’ best efforts to rebut the so-called “evidence,” the jury still convicted Patel of child neglect. (Rewire, July 22)

Five friend-of-the-court briefs, each with multiple signers, were filed supporting Patel’s appeal on May 23 by a new legal team headed by Stanford professor Lawrence C. Marshall, cofounder of Northwestern’s famous Center on Wrongful Conviction. Two briefs were brought by several dozen Asian-American and Pacific Islander organizations that have rallied to Patel’s defense. Signers of all the briefs celebrated that the feticide conviction was overturned, demanded that Patel be freed immediately and defended the goal of reproductive justice for all women.

“No woman should fear for her safety or freedom based on the outcome of her pregnancy,” noted a statement from the National Asian Pacific American Women’s Forum. “There is much more work to be done to ensure that women — particularly AAPI [Asian-American and Pacific Island] women, low-income women and all women of color — are not punished for their pregnancy outcomes.” (NAPAWF News, July 26)

Lakshmi Sridaran, a director of South Asian Americans Leading Together, said, “It’s important to remember that Indiana has enforced its feticide law against two pregnant women, both of whom are Asian American. We hope the strong precedent set in Patel’s appeal will protect women of color in states like Indiana and others where laws that should protect them often end up criminalizing them instead.” (NAPAWF News, July 25)

While Patel has the dubious distinction of being the first U.S. woman to be sent to prison for inducing her own abortion, Chinese-born Bei Bei Shuai was charged in Indiana with feticide in 2011 after a failed suicide attempt resulted in a miscarriage. The charge was later dropped as part of a plea deal.

Representing the National Network of Abortion Funds, Director Yamani Hernandez noted, “People of color are bearing the brunt of unscientific laws and misplaced moral outrage against abortion, which is blurring into the territory of miscarriage, putting any pregnant person at risk of prosecution and incarceration. It needs to stop, and the decision didn’t go far enough to restore full justice for Purvi Patel.” (Guardian, July 22)

Need to unite against racist reaction

It must be pointed out that the state of Indiana, whose governor is Mike Pence, the far-right, racist, conservative, staunch opponent of women’s reproductive rights and Trump’s vice presidential running mate, could still appeal the court decision.

That the only cases of women charged and jailed for feticide in the U.S. were brought against immigrant women in Indiana is an ominous reminder of Trump’s impulsive initial statement that women should be punished for having abortions and his viciously racist anti-immigrant attacks. If Trump intends to delegate all domestic issues to Pence, as he has stated, that could lead to a national crisis in reproductive health care for all women — but especially women of color, undocumented immigrants, low-wage workers, youth, rural women, lesbians and trans people, women with disabilities, and survivors of incest and domestic violence.

But given the way many progressive forces in the U.S. have rallied to defend Purvi Patel and are fighting to free her, it’s not a stretch to assume that those groups and others defending human rights will rise up and unite with movements like Black Lives Matter and the Fight for $15 and a union. Unity is essential in the fightback against all forces of reaction and oppression, whether in Indiana, the rest of the U.S. or around the world.