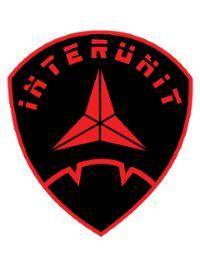 In 2015, the Ghost Brigade (Prizrak) of Novorossiya created an internationalist, anti-fascist, military unit called InterUnit, which operates in the territories of the Lugansk People’s Republic. InterUnit is a military-political group composed of volunteers from around the world. This unit carries on the heritage of the Resistance against Nazism and other liberation struggles of the last century, and takes its motto from the Spanish Civil War: “¡No Pasarán!” (They will not pass!)

InterUnit, the internationalist group of Prizrak (Ghost Brigade) that fights for the freedom of Donbass, sends its solidarity to people in the United States under attack by racist discrimination.

Once again, we see that racial hate kills people. That is the ordinary consequence of the policies of terror used by the U.S. government. Pushing people to be scared is very dangerous for everyone. First of all, for the people who don’t feel (and are not) safe; but also for the Power, because sometimes people rise up.

It is very sad that President Obama didn’t want to face this problem seriously. We see what the consequences are. But this is not the only delusion in domestic affairs: none of his promises have been kept. Also, if we look to foreign policy, we don’t find any big differences with previous presidents.

As we see, the next president can surely be worse than him, both for domestic and foreign affairs. We are very worried about this: the U.S. is heading toward the “point of no return.” That is a global danger.

We stand shoulder to shoulder with people who resist in every part of the world. The U.S. government must remember that without justice, there will be not any chance for peace.