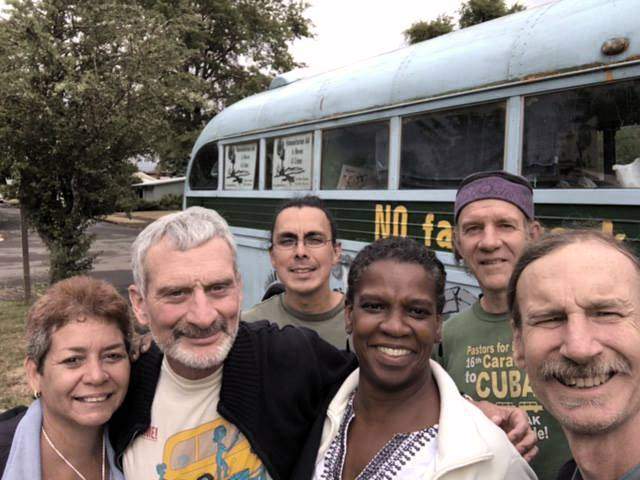 Seattle — The 27th U.S.-Cuba Friendshipment Caravan has been launched and is now conducting educational work about the important role people can play in ending the U.S. blockade of Cuba. A July 5 demonstration at Seattle City Centre demanded that Washington end this inhumane policy. The rally was organized by the Seattle-Cuba Friendship Committee and set off the annual caravan sponsored by IFCO/Pastors for Peace.

A similar protest was held on July 3 at the Canadian/U.S. border outside Vancouver, backed by Vancouver Communities in Solidarity with Cuba. Seattle demonstrators carried signs demanding an end to the blockade and the travel ban, which is still in force. Other placards called for the U.S. to return the U.S.-occupied Guantánamo Bay area to Cuba.

The next day, demonstrators went to local offices of members of Congress to call for an end to the inhumane 55-year blockade. If organizing continues to increase working-class solidarity with Cuba, the blockade should soon come tumbling down.