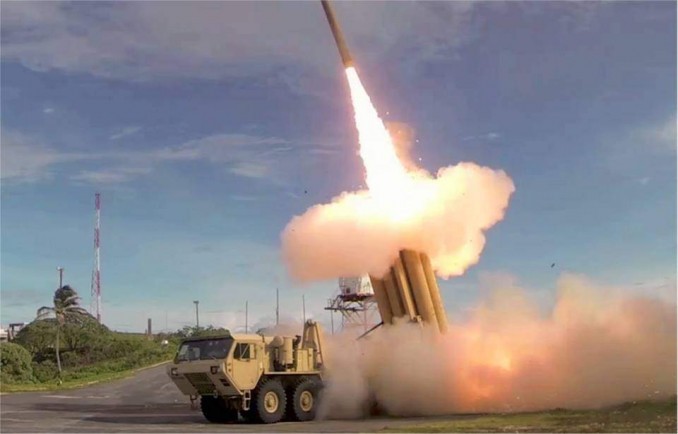 The Pentagon has announced it will deploy an advanced missile defense system, known as Thaad, in south Korea. Washington has also imposed sanctions on Kim Jong Un, the leader of north Korea — the Democratic People’s Republic of Korea. In response, the DPRK has cut off its official diplomatic channel to the U.S. government. The DPRK, China and Russia have all opposed the Thaad as a destabilizing move by the U.S. that threatens the entire region.

As usual, the corporate media here play down the aggressive role of the Pentagon, the world’s most dangerous military power with bases, ships, planes and troops circling the globe. They ignore the real reasons for the tense situation on the Korean peninsula.

Since the end of the Korean War in 1953 — 63 years ago! — the DPRK has sought an end to the state of war with the U.S. There has been no peace treaty in all these years and the Korean nation remains divided.

Instead of sitting down with representatives of the DPRK and working on a solution to the dangerous tensions resulting from the war, Washington has stonewalled dialogue while permanently stationing a large presence of U.S. troops in south Korea — still around 28,000. For years, the Pentagon has been staging massive annual war “games” in south Korea that simulate an attack on the north, using nuclear-capable bombers.

This is the hair-trigger climate that the DPRK has had to endure for an entire generation as it struggled to rebuild after the horrible damage inflicted by the U.S. Air Force in the 1950-53 war and the loss of so many of its people, civilians as well as soldiers. Nevertheless, it has done wonders. Education and health care are universal in this country building socialism, allowing it to forge ahead in many areas.

One of these areas is the north Koreans’ ability to strengthen their defense by producing nuclear weapons. Was this their choice? Wouldn’t they have preferred to devote all their hard-won scientific and technological resources to solving other problems?

But the U.S. ruling class gave them no choice. As early as 1953, Washington was threatening the DPRK with nuclear weapons. An article in the New York Times on June 8, 1984, titled “U.S. Papers Tell of ’53 Policy to Use A-bomb in Korea,” confirmed: “Documents released today give details on a decision by President Dwight D. Eisenhower’s Administration in 1953 to use atomic bombs in North Korea and Communist China, if necessary, to end the Korean War.”

The threat from the huge U.S. nuclear arsenal continues to the present. Meanwhile, a huge propaganda blitz, from print and electronic media to Hollywood films, has reviled the leaders of the DPRK for their efforts to defend their country. According to apologists for imperialism, it’s OK for the U.S., the one country to ever use them, to stockpile more than 7,000 nuclear warheads, but the DPRK is “irrational” and worse to even think of building any bombs of their own!

Analysts in the DPRK have reported in recent weeks on dangerous developments coming from Washington. A report from the Korean Central News Agency noted that B52H strategic bombers carried out an exercise in south Korea on June 15 that simulated the dropping of nuclear bombs on the DPRK. It concluded: “The U.S. hostile policy toward the DPRK and U.S. forces’ presence in south Korea are aimed not only to bring down the ideology and social system in the DPRK but to dominate Asia and the rest of the world.”

On June 28, the Foreign Ministry of the DPRK pointed out that joint military exercises by the U.S., Japan and south Korea, including the recent testing of a missile defense system in waters off Hawaii, represent the emergence of an Asian version of NATO that “will inevitably spark off a new arms race and a new Cold War in Northeast Asia surrounding the Korean peninsula.”

This is the reality that is not in the headlines in the U.S. The Obama administration’s “pivot toward Asia,” together with NATO’s more aggressive stance in Eastern Europe, are sobering reminders that global capitalism’s stagnation and decline are driving the major imperialist powers toward new war crises of their own making.

Which makes it more important than ever to demand an end to these hostile acts: U.S. troops out of Korea! Sign a peace treaty now!