The 2015-16 National Hockey League has ended. But 22 years before the NHL was established, the Colored Hockey League of the Maritimes was formed in 1895 in Canada. Initiated by Black Baptist churches in Halifax, Nova Scotia, the league was comprised of the sons and grandsons of enslaved Africans who had escaped from the U.S. The league consisted of teams from Africville, Amherst, Dartmouth and Halifax. The CHL formed 25 years before the U.S. Negro Baseball League was ­established.

The CHL helped pioneer the sport of ice hockey. Despite the racist beliefs of many whites about what Black athletes were capable of in a cold-weather sport, CHL players defied the established myths. Unfortunately, their contributions were ignored or simply stolen as white teams and hockey officials copied elements of the Black style or sought to take credit for Black hockey innovations.

For instance, historically, the CHL was the first league allowing the goaltender to drop to the ice to stop the puck. The Orioles in the Niagara District Hockey League during the 1930s were one of the early all-Black teams.

A score of firsts

Canadian Herb Carnegie from Fredericton, New Brunswick, was the first star in the Colored Hockey League. He began his career in 1938 with the Toronto Young Rangers, then went to the Buffalo Ankerites, who played in mining towns in Ontario and Quebec. In the semi-pro Quebec Provincial League, Carnegie was named Most Valuable Player in 1946-48. 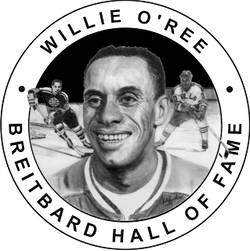 Born in 1930, Canadian player Art Dorrington, center, was the first Black player to sign an NHL contract with the New York Rangers in 1950. But he never made it to the ranks of the pros, despite his good statistics in the minor leagues.

The first professional Black player in the NHL was Willie O’Ree, born in 1935, also from Fredericton. He is referred to as the “Jackie Robinson of ice hockey” because he was the first Black player to break the NHL color barrier. Previously, the first hockey player of color to break the barrier was Chinese: Larry Kwong in 1948, a decade before O’Ree.

O’Ree was playing in the minor leagues with the Quebec Aces when the Boston Bruins called him up to replace one of their injured players. He made his debut with them in 1958 against the Montreal Canadiens. That year he became the first Black player in hockey league history to appear in two NHL games.

In 1961, O’Ree returned to the NHL Bruins to play 43 games at the position of right wing. He was 95 percent blind in one eye from a hockey injury, which he kept secret. In the U.S., O’Ree suffered many indignities and racist remarks during games, including hostility from his white teammates and from other white teams, much like what Jackie Robinson experienced.

Between 1961 and 1974, O’Ree played in the minor leagues with the Los Angeles Blades and San Diego Gulls. He won two scoring titles in the Western Hockey League (WHL). In 1978 he retired from hockey at age 43. Now his retired number hangs from the rafters in the San Diego arena.

In 1984, O’Ree was inducted into the New Brunswick Sports Hall of Fame. In 1998 in San Diego, he became the NHL director of youth development for the NHL Diversity Task Force. That task force is a nonprofit program for minority youth to encourage them to play hockey.

The Bruins and the NHL lauded O’Ree at Boston’s TD Garden in 2008 on the 50th anniversary of his NHL debut. That same year, his hometown of Fredericton honored him by naming a new sports complex after him, and the NHL celebrated him during its 56th All-Star game in Atlanta. In 2010, O’Ree received the Order of Canada, the highest award for Canadian citizens, for being a hockey pioneer and dedicated youth mentor in Canada and the U.S.

Alton White was the second athlete of African descent to play on a U.S. major league ice hockey team. In the 1970s, he played in the WHL for the New York Raiders, Los Angeles Sharks, Michigan Stags and Baltimore Blades. White was the first Black player to score 20 goals in a single season, in 1972-73 with the Sharks. He was also the first Black player to ever score a “hat-trick” in a major league game. A hat-trick is when a single player achieves three goals in a single game.

The next Black Canadian player in the NHL was Mike Marson, drafted by the Washington Capitals, who also played for the LA Kings. The first Black NHL player born and trained in the U.S. was Mike Grier, born in 1975 in Detroit. He debuted with the NHL Edmonton Oilers in 1996 at right wing. Grier retired in 2011.

Canadian Grant Fuhr was the first Black NHL goalie, the first Black player on a team that won the Stanley Cup awarded for the NHL championship, and the first to be inducted into the Hockey Hall of Fame.

Jay Sharrer from Canada was an NHL linesman. In 2001, he became the first Black referee to officiate at an NHL game. Sharrer’s first game was between the Philadelphia Flyers and the Florida Panthers. 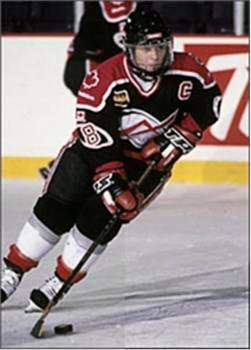 The first Black Canadian captain in NHL history (2003-04) was Jarome Iginla. A five-time All-Star playing with the Calgary Flames, Iginla was their all-time leader in goals, points and games played. In 2002, Iginla became the first Black hockey player to win a gold medal in the Winter Olympics.

NHL players are now required to enroll in a diversity training seminar before each season. Racially based verbal abuse is punished through suspensions and fines. In the 2015-16 season, there were only 20 Black or biracial players in the NHL or NHL affiliates, the most prominent being P.K. Subban. In 2013 Subban was the first Black player to win the NHL’s Norris Trophy, awarded to the league’s top defenseman.

African descendants in the U.S. have yet to be fully included or accepted into society. As a result, there is still “the first Black person to achieve, acquire, do, enter into, obtain, become, receive, perform, the first to … etc.” Since there has never been a level playing field, opportunities for Black people have never been equal to those for whites.