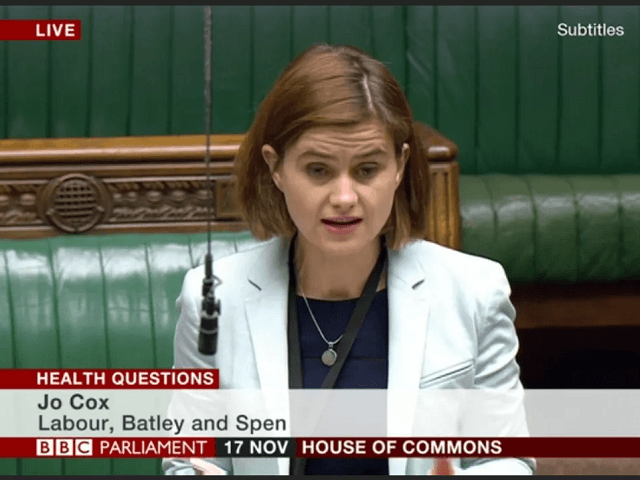 June 20 — The shocking assassination of Jo Cox, a Labor Party Member of Parliament in Britain, is clearly linked to the violent anti-immigrant campaign stoked every day by the country’s right-wing tabloid press and media.

Accused killer Thomas Mair is reported to have cried out “Britain first!” as he repeatedly shot and stabbed Cox to death on a public street in Birstall, West Yorkshire, on June 16 as she was leaving a meeting with her constituents, many of whom are Muslim immigrants. During a subsequent court hearing, Mair shouted, “Death to traitors, freedom for Britain.”

Freedom for Britain? Like the United States, Britain is a powerful imperialist country. Its ruling class has a long colonial history of oppressing and exploiting peoples around the world — especially in Africa and south Asia — but also including other nationalities  occupying the British Isles: the Irish, Welsh and Scots.

Only a hate-crazed ultra-nationalist could call for “Freedom for Britain,” which invokes the railings of Adolph Hitler against imperialist Germany’s “oppression.” The U.S.-based Southern Poverty Law Center, which tracks fascist and other far-right activity, has released receipts showing that Mair had purchased $620 worth of printed materials from a neo-Nazi organization called the National Alliance.

The assassination of Cox took place just one week before the “Brexit” referendum on whether Britain should leave the European Union, scheduled for June 23. As in all the major capitalist countries, the British economy has been stagnant, especially since the market crash of 2008-09. At the same time, the vicious wars waged against predominantly Muslim countries by the U.S. and NATO have sent a wave of refugees to Europe seeking asylum and jobs.

Many right-wing supporters of Brexit have demagogically blamed Britain’s economic problems on immigrants, just as Donald Trump has been doing in the U.S. The assassination of Cox has undoubtedly contributed to making immigration a central focus in the referendum.

On the other hand, the EU is a reactionary institution that centralizes the power of big capital in Europe and wields it against the workers of all countries. In many countries, honest workers’ organizations want out of the EU.

However the vote goes on June 23, the working class and oppressed nationalities in Britain will still be faced with the same enemy: the entrenched capitalist ruling class. Whether in or out of the EU, the struggle for jobs for all, a living wage, housing, health, education and all the other necessities of life will depend on forging greater solidarity among all workers and rejecting the old reactionary tactic of blaming the ills of the system on the most oppressed.