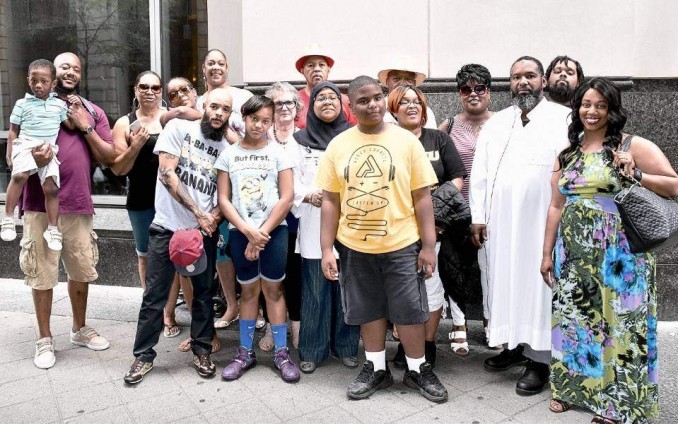 The family and other supporters of Major Tillery, who has been in Pennsylvania prisons unjustly for over 30 years, gathered outside the Philadelphia courthouse just before his attorney filed a Post-Conviction Relief Act appeal. Attorney Rachel Wolkenstein, who wrote the appeal, says Tillery is factually innocent and was convicted only because of “gross prosecutorial misconduct violating the fundamentals of due process.”

New evidence supporting his appeal comes from two jailhouse informants who testified at Tillery’s May 1985 trial, almost nine years after a Philadelphia pool hall shooting on Oct. 22, 1976. There was no other evidence against Tillery except for these supposed witnesses. Both witnesses now admit their testimonies were untrue.

The trial had taken place in an atmosphere of heightened repression. It was at the same time that the city firebombed the home of people in the MOVE Black political movement on Osage Avenue. The ensuing fire killed six adults and five children and destroyed a whole block of people’s homes. Prosecutors repeatedly demonized Tillery by bringing into evidence his membership in the Nation of Islam.

As fellow political prisoner Mumia Abu-Jamal explained in a 2015 Prison Radio broadcast, Tillery became a jailhouse lawyer who “shook the prison walls in the case known as Tillery v. Owens, a groundbreaking prison conditions case where double-dealing (or the placement of four men in a cell) was declared unconstitutional. The prison medical department was declared unconstitutional and living conditions in part of the prison were declared a violation of the Constitution.”

When Abu-Jamal became sick from what was later diagnosed as hepatitis C, it was Major Tillery who told the Mahanoy Prison superintendent that if Jamal wasn’t hospitalized immediately, he might die.  Mumia was hospitalized but Tillery was transferred and put in solitary confinement for six months on a phony drug charge. “Major is in the hole not because of drugs, but because of something prison administrators hate and fear above all things: prisoner unity; prisoner solidarity” (tinyurl.com/z5ahm4n)