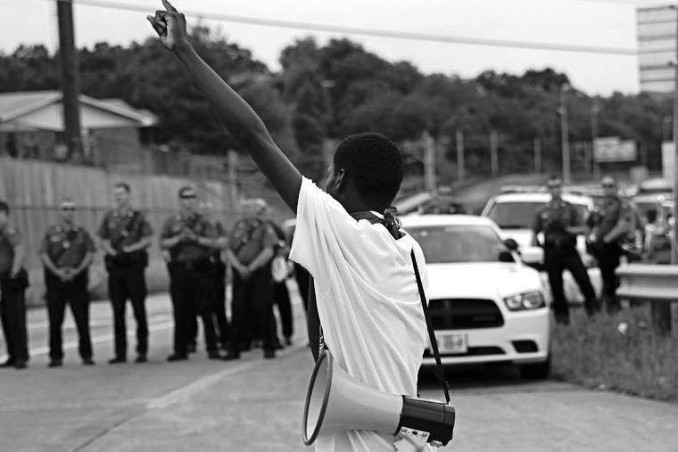 Durham, N.C. — During the height of the Ferguson Rebellion in the summer of 2014, youth organizer Joshua Williams rose quickly to the call of duty. In the aftermath of officer Darren Wilson’s brutal murder of Mike Brown, an unarmed Black teenager, 19-year-old Josh Williams, stepped forward in the most dedicated and courageous way possible — on the front lines.

At protests, Williams stood his ground against armed police, national guardsmen, tanks and teargas, and encouraged others to do the same. In doing so, Josh not only earned the respect of his peers, he began to garner favor with longtime veteran leaders such as Cornel West and Al Sharpton. He also became a darling of the national media, from USA Today to the New York Times. From the perspective of the status quo, such potential and leadership qualities were seen as a threat.

A few months after Mike Brown’s dead body lay in the street for four hours, another Black teenager, Antonio Martin, was shot by the police in Berkeley, a small town just outside Ferguson. In a righteous rage, youth took to the streets in rebellion. In the process, Williams was caught on camera lighting a fire at the convenience store where Martin was shot and killed. In December 2014, Josh Williams was arrested by the St. Louis County police, and a year later pleaded guilty to first degree arson and second degree burglary.

Were Josh’s actions of “damaging property” illegal? Yes, they were. But so is the murder of innocent human lives. Did Darren Wilson serve time in jail? No! Did George Zimmerman serve time for murdering 17-year-old Trayvon Martin? No! Josh Williams, however, was sentenced to eight years in the Eastern Reception Diagnostic and Correctional Center in Bonne Terre, Mo. Neither Wilson nor Zimmerman ever served a day in prison.

Another recent case of overt targeting of activists by the state is the case of 28-year-old Jasmine Richards (also known as Jasmine Abdullah). Jasmine, founder of the Black Lives Matter Pasadena Chapter, has become the first Black woman convicted of “felony lynching.” You heard right, lynching! She was hit with this charge for trying to prevent the arrest of a Black woman accused of not paying her bill at a local restaurant, back in August of 2015.

During the incident, Jasmine and others happened to be nearby at a protest against violence in the Black community. As the commotion spilled over, Jasmine and other protesters came to serve as witnesses and demand justice. At the time, the suspect accused of not paying for her meal was the only person arrested. Three days later, however, for her valiant pursuit of justice, Jasmine was charged with delaying and obstructing officers, inciting a riot and felony lynching. On June 1, Jasmine Richards was sentenced to 90 days in jail and 36 months of probation time.

In the state of California, lynching implies “the taking by means of a riot of another person from the lawful custody of a peace officer.” The erroneous charges against Jasmine backfired, however, when the general public finally received word of such a ridiculous interpretation. Public outcry was heard worldwide, while an old phenomenon became quite clear.

The intention of such repression is to halt the movement, to slow down the surge of the poor and oppressed, to “disrupt, discredit and destroy.” The state apparatus will do anything to protect the elite. If they can’t stop you permanently, they’ll tie up your time, energy and resources in the jails and court system. And they’ll use the media to demonize you in the process.

As revolutionaries, we have to learn from these experiences and pass these lessons down. We already know the state is trying to prevent the oppressed from rising up; that’s nothing new. We know what’s coming: harassment, intimidation, imprisonment. What is new, is that a new generation must be armed with the proper information to protect themselves. Those on the front lines must be defended, by us, the people, the community, at all cost, by any means necessary.